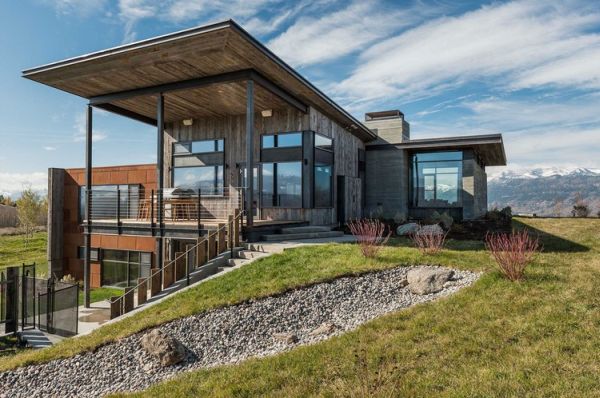 What do you do when you have millions of dollars at your disposal? You either end up spending it on a lavish car or on just another house in the city. But, if you are Clay Heighten and Debra Caudy you’ll give that money to Pearson Design Group and have the JH Modern home readied for you. Back in 2011 when the husband wife duo of Heighten and Caudy bought five-acre plot for $1.2 million at the Jackson Hole, Wyoming, USA, they hired Larry Pearson of the Pearson Design Group to build them a contemporary retreat that took full advantage of the outdoors and the enviable view of the mountains. 16 months later, for a total budget of $4 million, the architect completed this breathtaking JH Modern 5,400 square foot home that surprised the couple.

Besides the expansive architecture, generous rooms and gorgeous interiors, the most exciting thing about the house is the way it blends with the outside. Since, the couple wanted their home to have doors they could leave open and walk in and out with same views, Pearson has constructed an outdoor room on the main entrance. The outdoor room has a fireplace, large sliding barn doors, floor which often gets covered in snow and furniture made especially to withstand the harsh weather. Unsurprisingly, outdoor room on the entrance actually has the best view in the whole house. 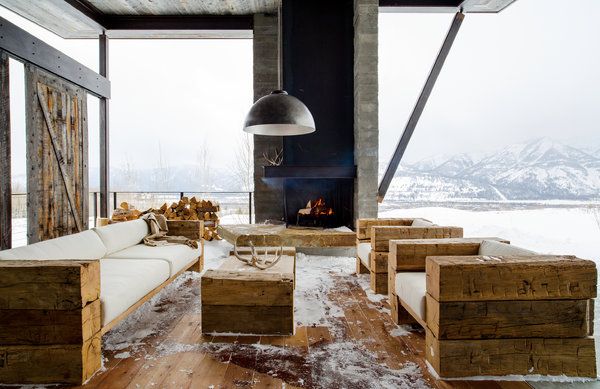 This Vacation Home in Seychelles is Tucked Away in Granite Cliffs