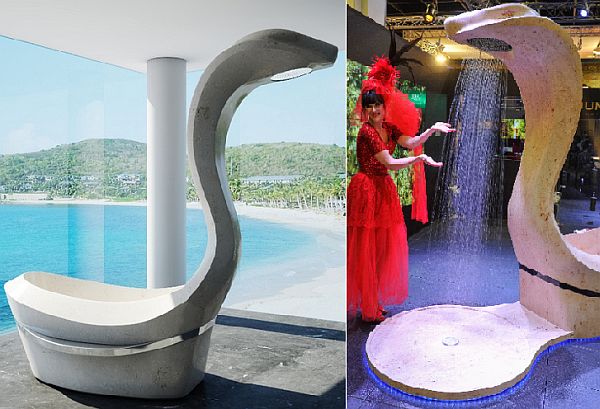 We prefer bathware which combine luxury with modern craftsmanship and space saving features. Having seen ample bathtubs, we are convinced designers are working on an idea of creating smart, space saving bathtubs. If assurance was any less, the Jumamba by Juma Exclusive makes the obvious very clear. Similar to the bathtub shower combo ‘Swan’ sculpted out of Corian by designer Peter Marin, the Jumamba has its own peculiarity. It sets new impulse especially to attract attention to its design which thrives in uniqueness and luxury. Jumamba – a single piece bathtub shower combination is designed in shape of a snake’s hood. The elegant tub is made of robust Jurassic marble and its interiors are perfectly processed and handcrafted for additional grace. The artistic bathtub shower combo measures 2.4 meters high (to the tip of the shower) and almost 1.5 tons heavy.  The bathtub was on display at the Imm Cologne 2014 – the international furnishing show in Cologne, Germany. 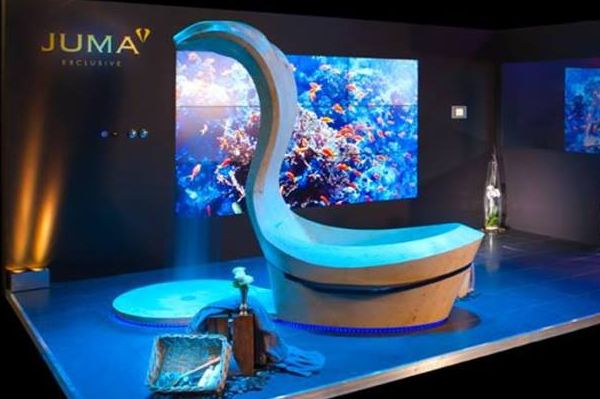