Ladies! A Dad Built Vanity for His Daughter and We Can’t Get Over It! 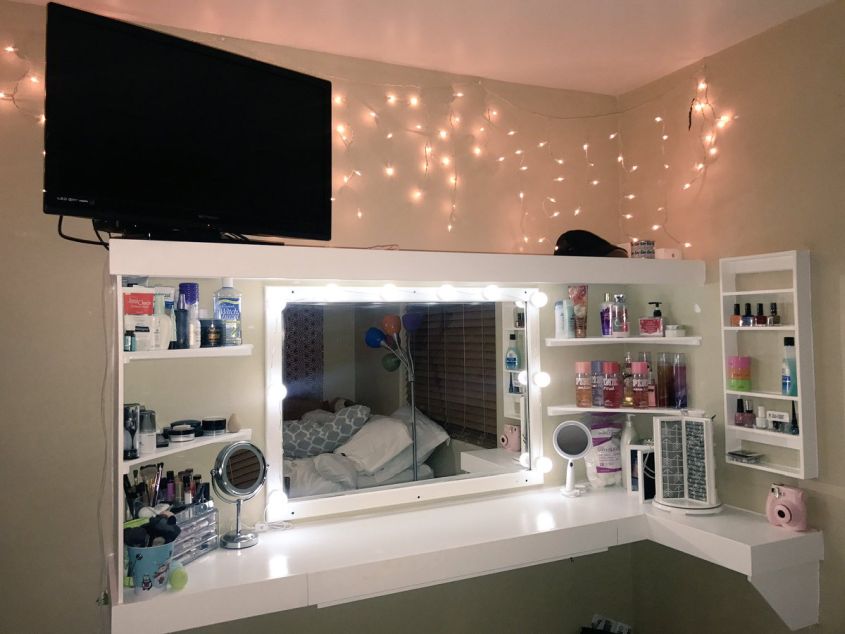 From one of her wish lists, 19-year-old Jamie Nunn from Arizona hoped to get her own vanity, where she could keep all her cosmetics, and above all spend most of the time with herself. She didn’t want to buy an expensive beauty box until her father mentioned building one for her. It has everything one could ask for in the vanity cabinet.

I thought he was just gonna buy a simple little vanity for me, but then he told me he was gonna build it.

What we are talking here is every girl’s dream of having her own personal space for grooming. Right from the huge light-up mirror and sizable counters, to tons of shelving; this custom vanity is nothing less than a living dream.

For her, no more of watching beauty tutorial videos on phone, when she has her own TV mounted on the top. And, what’s more! Well, the internet is flooded with praises for the duo; the daughter, who got the greatest gift of her life, and the father who built this amazing space for her loving daughter.

They have garnered insane reactions from over 160,000 people on Twitter, some inquiring if her dad could build one for them.

A Gypsy soul, Veeni started her career as a writer four years back and feels it's never too late to be an avid learner. Following her passion for writing, her journey includes hardwork, passion, and to be fearless in the pursuit of what puts her heart on fire.