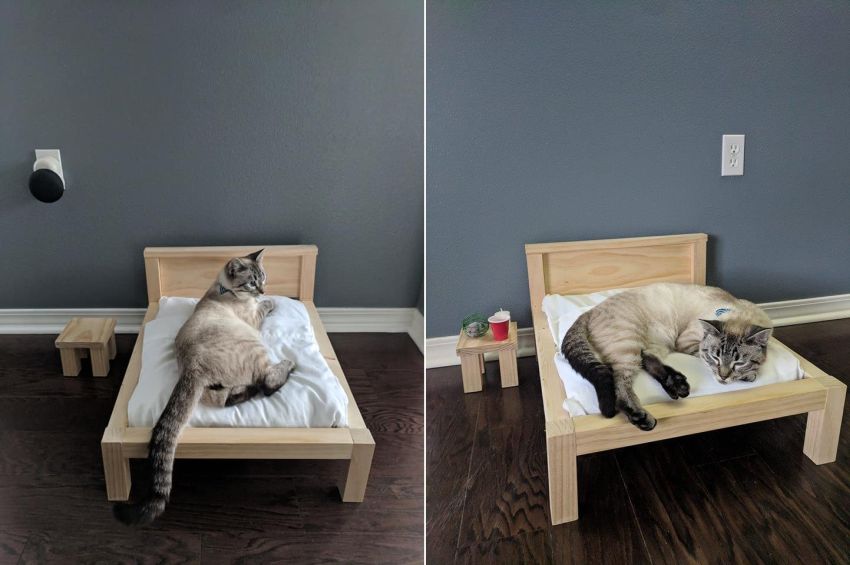 A Florida man, Chris Carlson has built a cat bed from scratch, which made his wife nearly die of laughter as she thought he was making something for the family. For the last few days during the making, he was convincing his wife to make a bed frame, but in the end, he made a miniature cat bed and a side table which made her totally crazy.

In an interview with BoredPanda, Chris told his wife was searching online for cat teepees and similar things, motivating him to take on the project. He has used scrap wood and it took him almost an hour to complete the DIY project. The DIY cat bed looks perfect for the cat, which has been adopted just a few months ago.

It made the cat feel at home and also elated the whole family. His wife Julia posted photos of the DIY cat bed on social media, which got an overwhelming response.