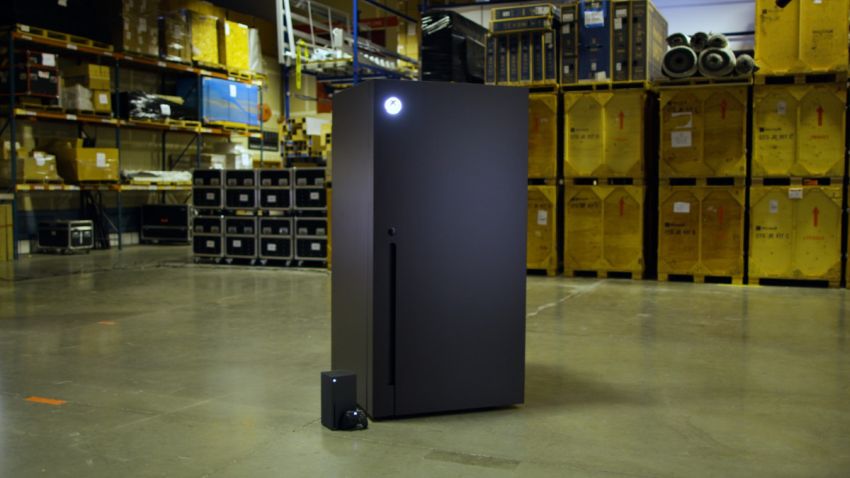 The pre-sales of Microsoft’s latest flagship console, Xbox Series X, has been a hit in the market despite witty talks about its shape. While people have compared its boxy design to a fridge; it has even been presented as a bazooka in a meme. In a response to the memes, Microsoft has actually created the Xbox Series X fridge, which will be offered to one lucky winner through an online contest running until November 4.

Microsoft has launched the Xbox Series X Fridge along with the music and gaming icon Snoop Dogg. Featuring next-gen cooling technology, this fridge is a 1:1 scale replica of the Xbox Series X, measuring over 6 feet tall and weighing in at 400 pounds. There is an Xbox icon on the front that lights up when the fridge is plugged into power. Additional features include True 4K Eating, Cold Delivery, and Luxury Quiet Design.

As one opens the fridge door using the disc drive slot, soothing tones of the new Xbox boot animation are played. Inside, all the food, drinks, and condiments glow under Xbox green lighting.

If you want to own this one-off piece,  you can win your very own Xbox Series X Fridge by simply retweeting the Xbox sweepstakes tweet from October 28 through November 4.

Follow and retweet with #XSXFridgeSweeps for a chance to win the Xbox Series X Fridge.