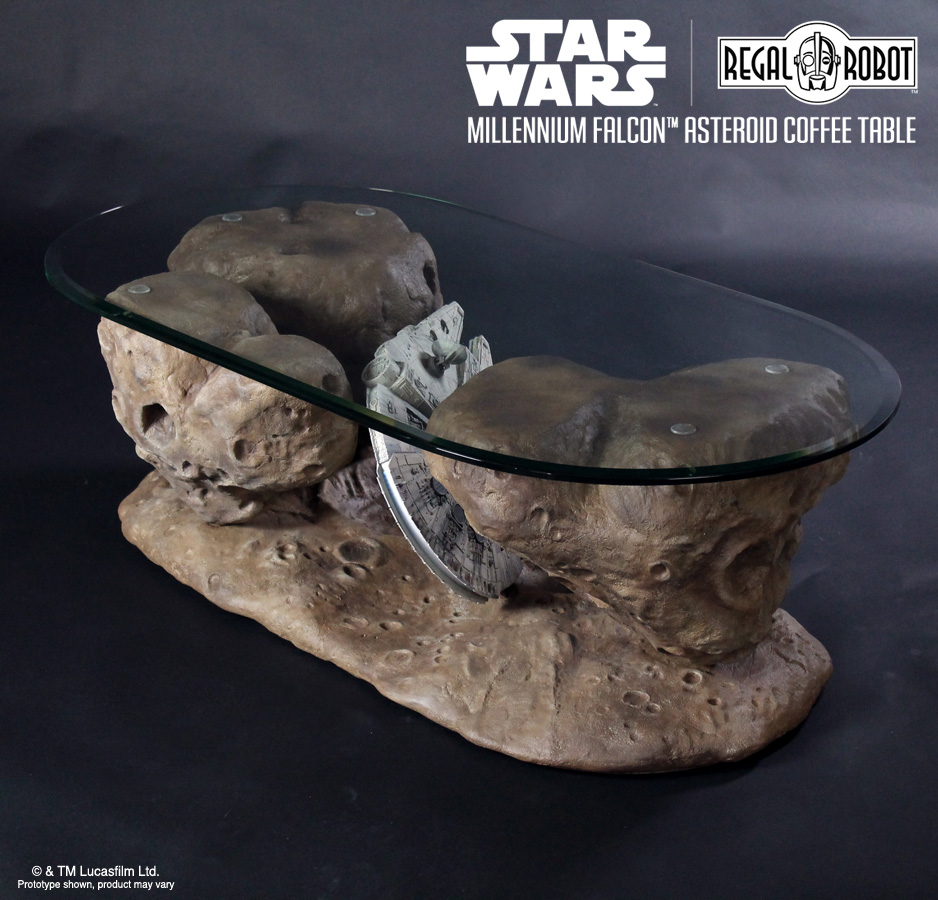 Tom Spina Designs has made a name for themselves when it comes to unique home furnishings. The owner Tom Spina has another company that goes by the name Regal Robot, dedicated towards home furniture, art fixtures, and interior décor. Tom Spina Designs grabbed our attention with their Millennium Falcon Coffee Table, and now another spin-off of the table has arrived, but this time around, under the banner of Regal Robotics.

This one is called the Millennium Falcon Asteroid Coffee Table, and it is much more elaborate. Emulating the asteroid chase scene from the Star Wars: Episode V The Empire Strikes Back, the handcrafted table is designed by Richard Riley. The precisely detailed asteroids supporting the glass table is made from rigid foam and clay.

For visual clues, Richard took help from the texture style details of the props’ photos provided by Lucasfilm. To get the exact same look, Richard hand-painted each and every section of the coffee table himself, by adding weathered layers and detailing reminiscent of Star Wars films.

The stand out element of the coffee table is the Millennium Falcon which is made from semi-hollow rigid foam core. Just like the asteroids, the spaceship is painstakingly handcrafted by artists at Regal Robot.

Regal Robot has given true justice to the design of this coffee table which is nothing less than a piece of artistic furniture. It would be true to say that it is one furniture piece every Star Wars fan would want to have in his living room.

Millennium Falcon Asteroid Coffee Table is priced steeply at $6,499 USD, and considering the amount of detailing that has gone into the making, it is worth every penny.