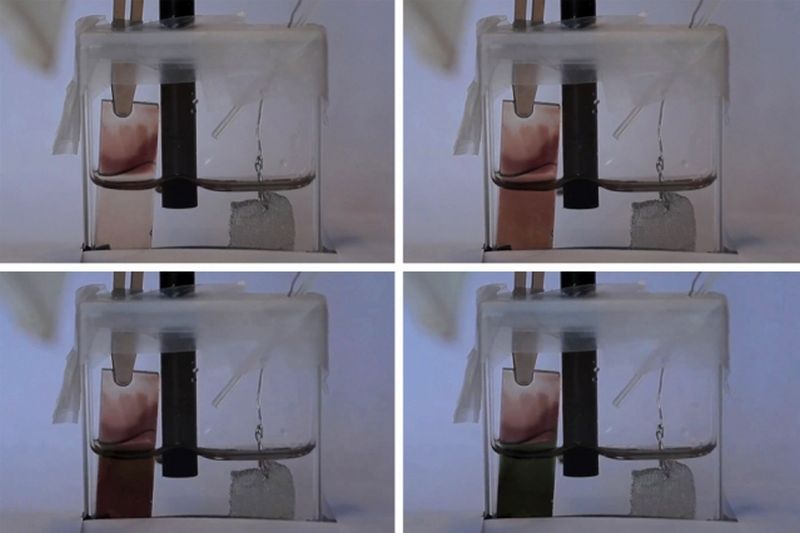 A team of researchers at MIT (Massachusetts Institute of Technology) has developed revolutionary self-shading windows for smart future. These windows are capable of transforming from transparent to opaque or vice-versa. It requires minimum to no power for maintaining its new state. Nonetheless, it needs electricity only when it’s time to switch back again.

The windows are meant to potentially conserve energy by blocking sunlight on hot days, thus reduce your unnecessary air-conditioning costs. While other transition lens systems to turn glass opaque do exist, the new method has a rapid response time, low power needs and greater opacity. Due to its relatively fast switching time and a nearly black shading, the system has got people already excited for its launch.

This window system uses electrochromic materials that can change their color and transparency, depending on applied voltage. Even certain eyeglasses come with the ability become darker when the light gets brighter, it uses use photochromic materials, which tend to have much slower response time.

However, the MIT team has created unique sponge-like materials called metal-organic frameworks (MOFs) to combat the issue. These materials conduct both electrons and ions at very high speeds to significantly improve the overall reaction time. Combining two chemical compounds, an organic material and a metal salt, the new material can self-assemble into a thin film that can switch color and transparency instantly.

For now, the material needs to undergo further further testing to prove its utility outside of a lab setting. In future, this material can be used in smart home windows to reduce energy costs and in airplanes to help pilots get a clear view. When installed these new smart windows will look the same as conventional windows, but come with the ability to change its shade during peak sunlight hours. Keeping environment in mind, this system will allow you to have more control over interior temperature.