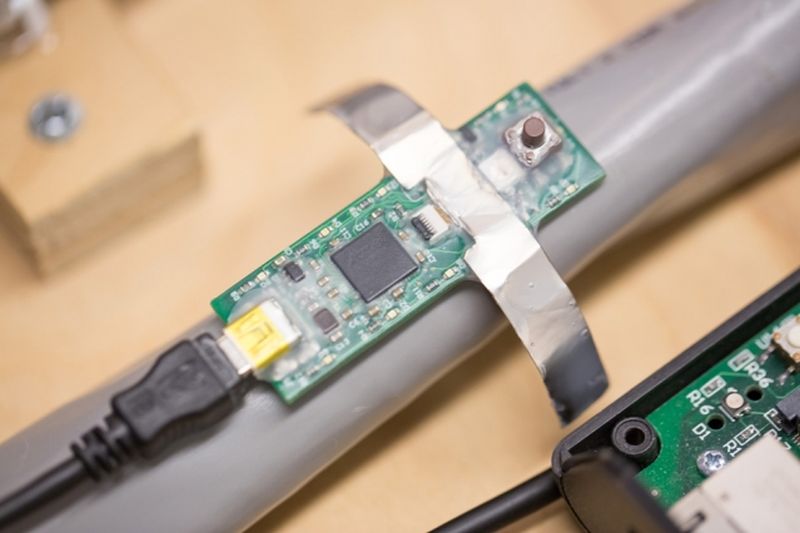 If you are conservative with a dream of saving more and more energy, then you might think about keeping a check on power consumption of all devices at home. This seems a rigorous task but the latest sensor developed by a team of researchers at MIT has made it simple. It is an easy-to-install device that can be used to compare power consumption levels of all devices such as lighting fixtures, fridge, water heater etc. at home and thereafter replace them with appropriate ones if needed. This low-cost device provides power consumption details with ultimate accuracy.

A paper of detailed research by the MIT team published this week in the IEEE Sensors Journal. In fact, there are also other devices to monitor energy but this sensor by MIT team has some major advantages over them. One big advantage is its compact postal-stamp-size and easy installation process that neither needs specific arrangement nor any wires. Secondly, it quickly samples data and collects sufficient data about spikes and patterns in the power supply. This data assists its dedicated software to recognize different devices and get useful stats for you.

The MIT team worked on the strategy that each device has different electric properties and specific ‘signatures’ when connected to power line. Those ‘signatures’ were organized in a catalog to detect the type of device used. Finally, the MIT team used a set of five sensors in short gaps, a calibration system that detects readings from each sensor and provides exact details about the strongest signal. Now, useful information is extracted from the data collected by sensors and displayed via an easy interface, so that common people can make some useful decisions about energy investments. This interface also assists you to check power consumption during specific time segments.

For a long time, the premise has been that if we could get access to better information (about energy use), we would be able to create some significant savings

While considering power-monitoring devices, there are always some privacy concerns. This system properly considers them so that majority of the collected information is only available to the user. Users can also get personalized analysis through the customized apps that can be developed using this system. During its initial tests at a military base and home, it provided some useful resolutions. The tests depicted that it has potential to reduce energy bills and greenhouse emissions.

The MIT team developed a powerful and self-calibrating device that has solved main power-monitoring issues. The device has also put an end to main privacy concerns making it favorable for big businesses. Leeb said that once the device is developed as a commercial product, it will cost $25 to $30 per home.