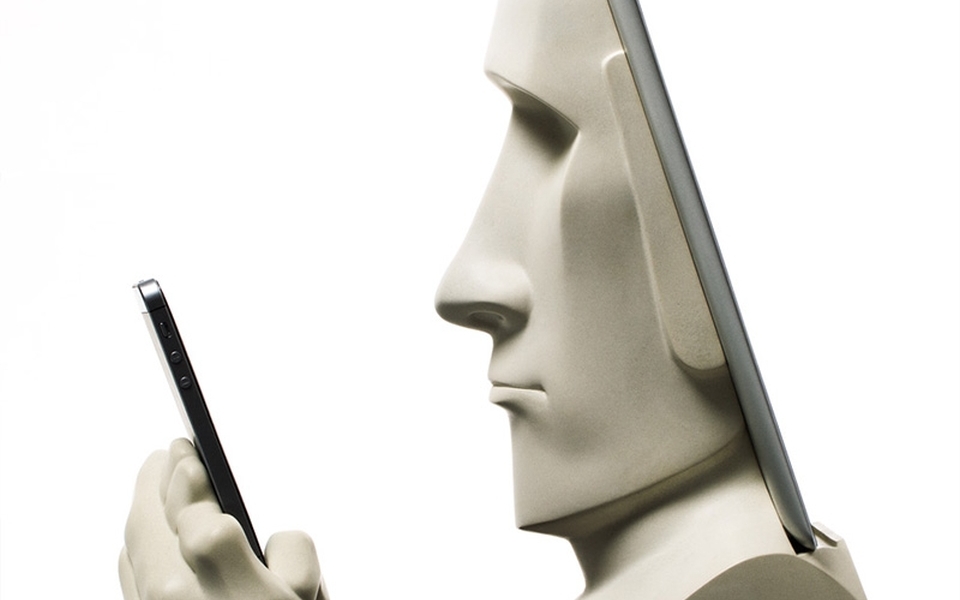 Are you a fan of ancient monuments and sculptures? If yes, then you’d surely like the spectacular Moai iPad/iPhone docking station by London-based artist Scott Eaton. This minimally attractive docking station is inspired from colossal stone remnants of an ancient culture located on Easter Island.

This clever sculptural design elegantly combines traditional monumental art with modern technology. Moai is certainly the coolest resting place for your smartphone or tablet. A smartphone fits into its sculpted hands, whereas a tablet settles into the head. The unusual sculpt is functional but humorously mocks how we can hold entire digital world in our hands, while it has occupied our mind all the time.

The inspirational yet practical docking station was unveiled at London Design Festival 2014, but will be available for purchase later this year. This is not the first time Eaton has come up with such artistic smart device holders, before this he has also crafted eye-catching Venus of Cupertino iPad docking station and Hercules XIII tablet holder, both of them are available for purchase on the designer’s official website. 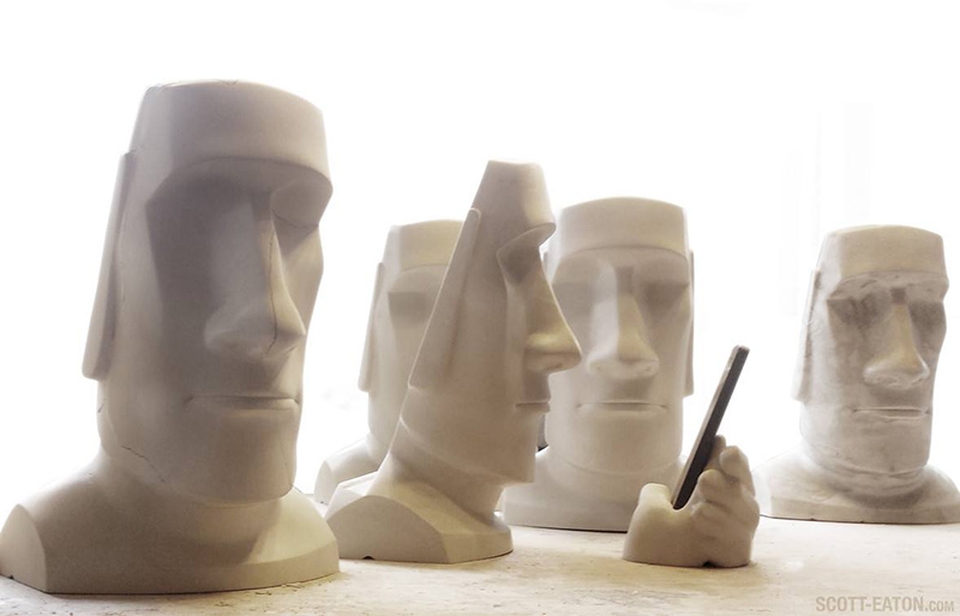 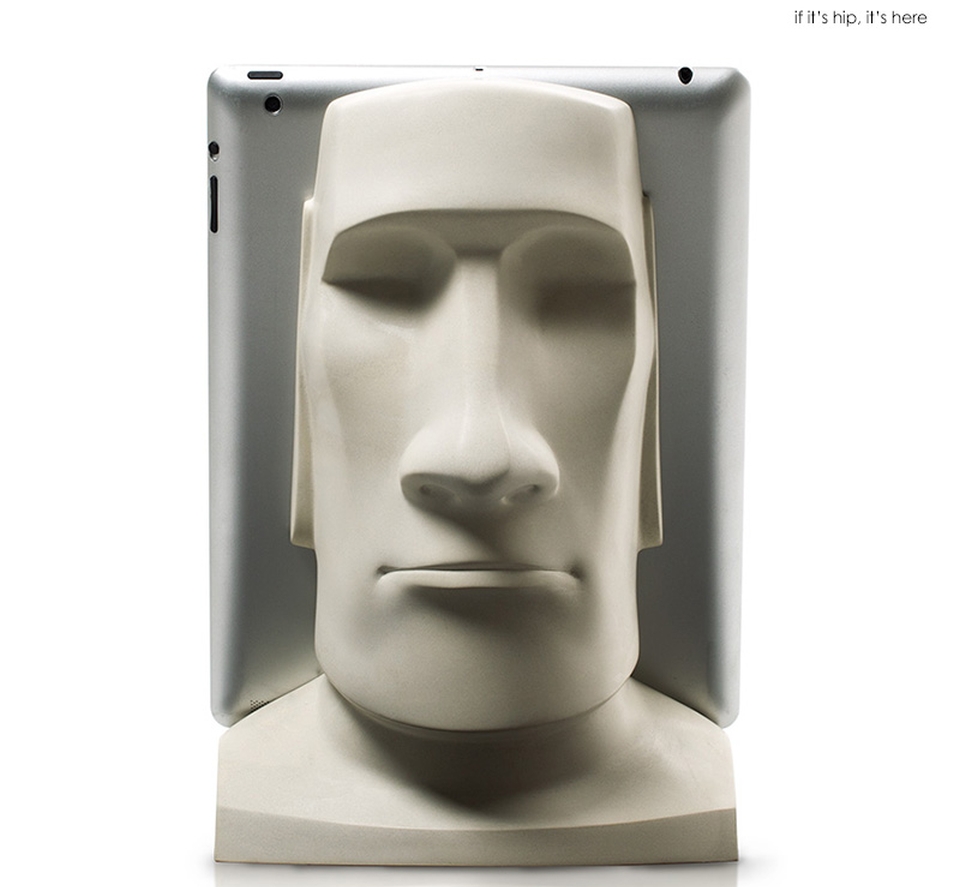 The docking station is not only sculptural but functional as well 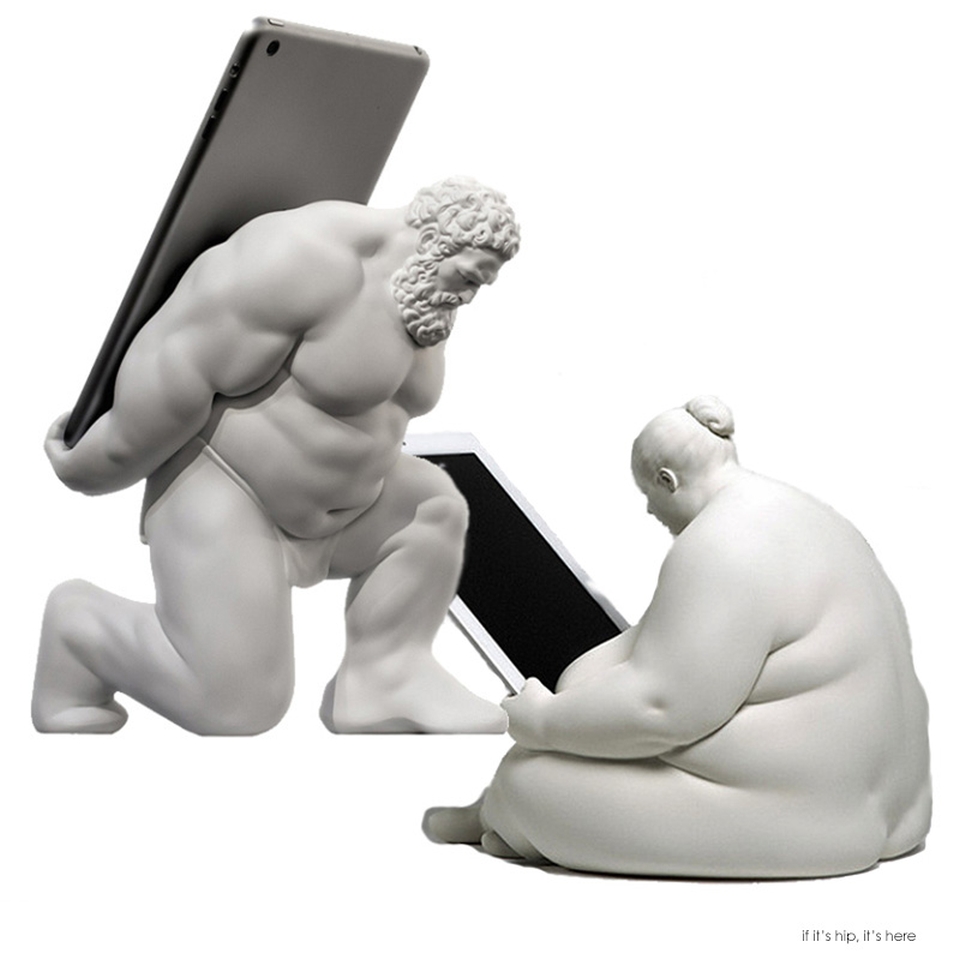 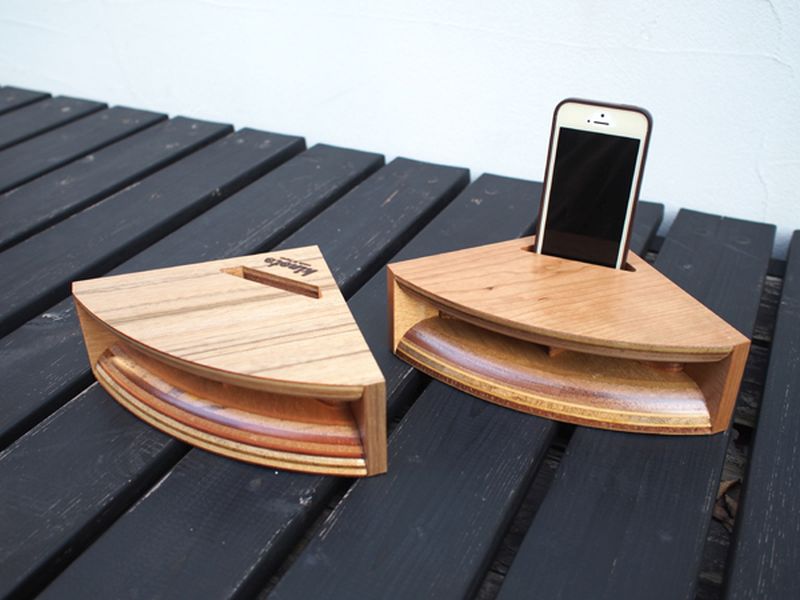