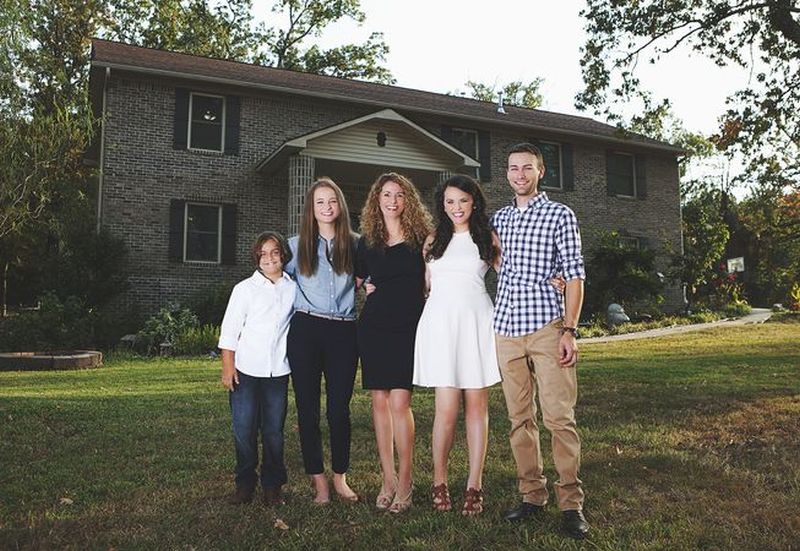 After seeing two bad marriages filled with domestic violence, Cara Brookins, an Arkansas-based mom of four, needed a place to stay along with her kids (Hope, Drew and Jada and Roman – ages 17 to 2 at the time). Unfortunately, Brookins couldn’t afford a new house but that didn’t stop her from building one for her family.

Instead of buying a new house, she decided to build one on her own with zero experience and zero knowledge. She used YouTube tutorials to guide her throughout the construction process. After careful research, Brookins brought an acre of land in Bryant, Arkansas, a suburb of Little Rock, and began building.

She started the construction work in 2008 after watching videos in the evening and made a list of the tools she’d need. Using a bank loan of $150,000 for materials, online video tutorials, and team work, the family worked on the house for nine months. Jada used to haul water from the neighbor’s pond to make a mix to help lay the foundation.

Drew helped move lumber and Hope cooked for everyone. Besides the YouTube, Brookins also enlisted the help of a friendly firefighter who had past building experience. She would pay him $25 an hour, when she could afford it, to help her with some of the tasks. While building their house, the family also came closer and also learned that nothing is impossible in this world.

Finally, on March 31, 2009, the family moved into its 3,500-square-foot house that’s named Inkwell Manor. This is because Brookins is a novel writer and wanted to reflect her passion for books and writing through her house. The house has five bedrooms and a library. The mother of four has briefed her experience in the book, “Rise: How a House Built a Family.” You can buy it on Amazon to learn about building a house both physically and mentally.

Related Posts
Amazon to Pry Into Your House With Roomba’s Clean Image as its Eyes
By Atish SharmaAugust 14, 2022
70+ Inspiring Pumpkin Carving Ideas You can Pull Off
By Monika ThakurAugust 10, 2022
100+ DIY Halloween Wreath Ideas for Front Door and Windows
By Megha SharmaAugust 5, 2022
Do it Yourself: How to Recaulk a Bathtub?
By Priya ChauhanJuly 26, 2022
Leave A Reply Cancel Reply