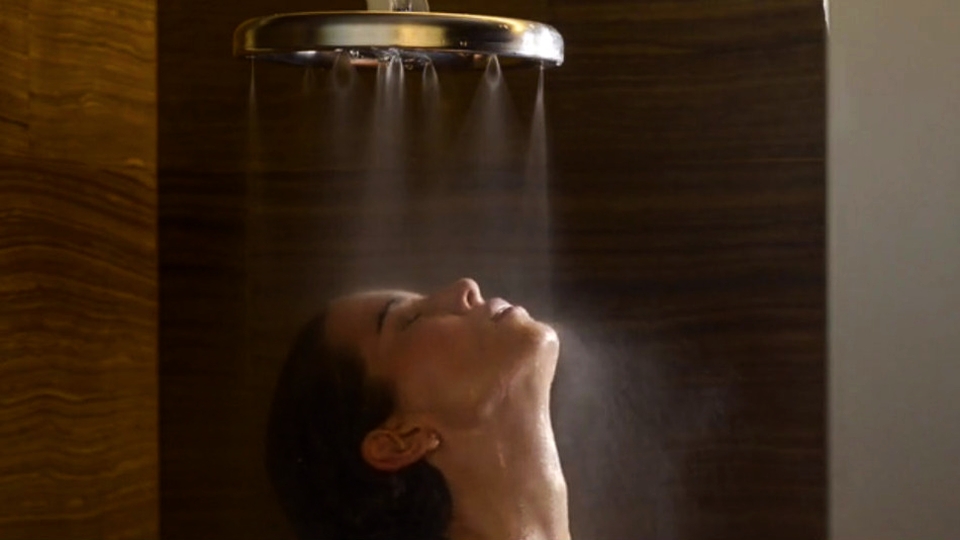 Do you know how much water is wasted daily while showering? Well, nearly 20 gallons of water flows down the drain everyday in shower. This is because shower nozzle technology has not been upgraded in a long time, which is one of the reasons leading to water loss.

But the minimal yet efficient Nebia Spa Shower is aiming to change that, as it is designed to use 70-percent less water than conventional showerheads. Therefore, it will certainly save your money, meanwhile helping the environment. Creators of this unique shower system took nearly 5 years to incorporate aerospace engineering techniques called ‘H2Micro’ into the showerhead.

Due to this novel technique, the showerhead is able to atomize water into millions of tiny droplets, which covers 10-times greater surface area than your current shower. Tiny droplets helps in formation of a wet mist all around the user’s body, which further washes more effectively than regular showers. With this unique system, very less water is required to cleanse an individual’s body.

The unique bathing experience can also be described as ‘bathing within misty clouds,’ while saving water. Nebia Spa Shower features both wall-mounted and handheld showers. Both the versions function alike, hitting the user by two directions of mist for total immersion and proper cleansing that’s not possible in conventional, tedious showers.

Nebia is supposed to give its user the ultimate showering experience, like never before. Another interesting fact about the Nebia shower is that this innovative showering system is reported to be backed by Apple CEO Tim Cook and Alphabet chairman Eric Schmidt. It’s clearing pointing out at common interests of two renowned Silicon Valley’s corporate rivals.

Nebia’s unique concept and technique are the reasons why the project has already surpassed its target amount of about $100,000 on Kickstarer with 29 more days to go. A pledge of $269 will nab you the Nebia water-saving shower system after it goes to the production phase, soon after the campaign gets over. However, early backers can expect the shipment to begin in May 2016.