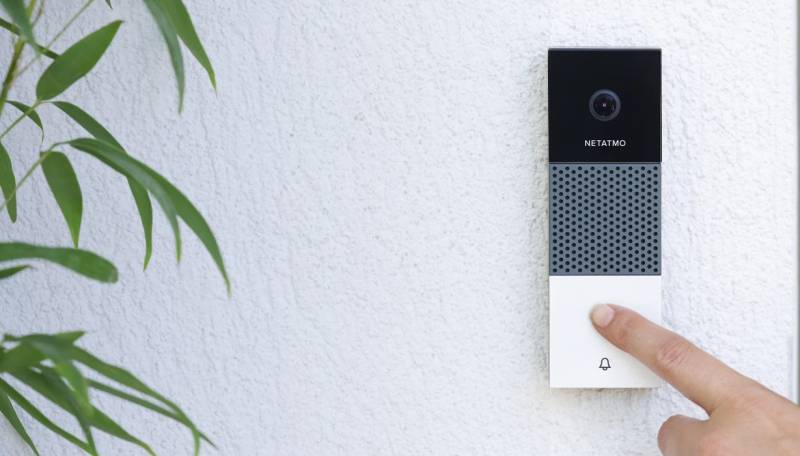 Netatmo Smart Video Doorbell has On-board Storage to Save Recordings

Netatmo, a French company specializing in connected objects, is introducing a Smart Video Doorbell at CES 2019, which with its robust design, wireless prowess and unmatched video camera is a close rival to all surveillance devices with Apple bias. The Netatmo Smart Video Doorbell is first-of-its-kind doorbell compatible with the Apple HomeKit and can be voice controlled using Siri and Apple Home.

Featuring a 1080p HDR camera with a 160-degree wide-angle lens in its core, the smart doorbell is packed in a weather resistant casing and has a two-way speaker to allow homeowners to communicate with the people at the door.

Accompanied by a Netatmo Security app, the video doorbell can send alerts to the phone or any other device with the app installed. The doorbell is very easy to install since it doesn’t require any fancy wired connections; it is compatible with standard electrical installations.

Unlike some of the other video doorbells unveiling at the CES, the Netatmo smart video doorbell comes with internal storage to store all video footages captured by the doorbell. This means, there is no additional liability of subscription fee and additional costs that other doorbell manufacturers charge for storing footages on cloud.

There is no word from Netatmo on the availability and price of its smart video doorbell yet.