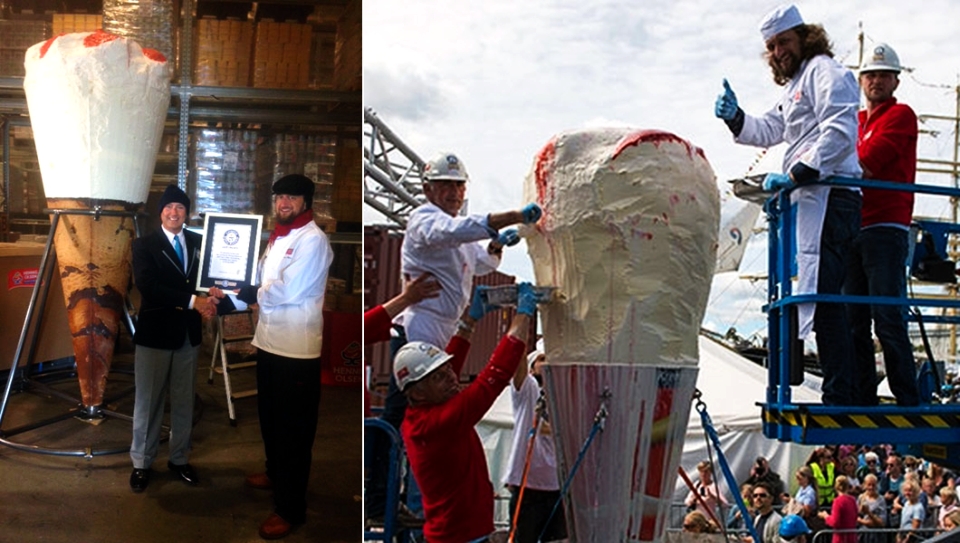 Who doesn’t like delicious ice-creams and the bigger the better it is. Norwegian ice-cream maker Hennig Olsen has recently scooped the Guinness World Record for the world’s tallest-ever ice cream cone in front of 9,000 people at the start of Sunday’s Tall Ships Race at Kristianstad.

Obviously, due to its gigantic size, the ice-cream cone had to be airlifted by a helicopter from the manufacturing factory to the event at Kristiansand in Southern Norway. Glen Pollard from the Guinness Book of Records had made the trip to Kristianstad and confirmed that the Norwegian ice-cream cone was larger than the record-holders, Mirco Della Vecchia and Andrea Andrighetti of Italy, who made their ice-cream in 2011.

After the event, this tallest ice-cream was served to thousands of ice-creams lovers, who were present there. Lucky you, who got a chance to have scoops of the world record-holding ice-cream cone.