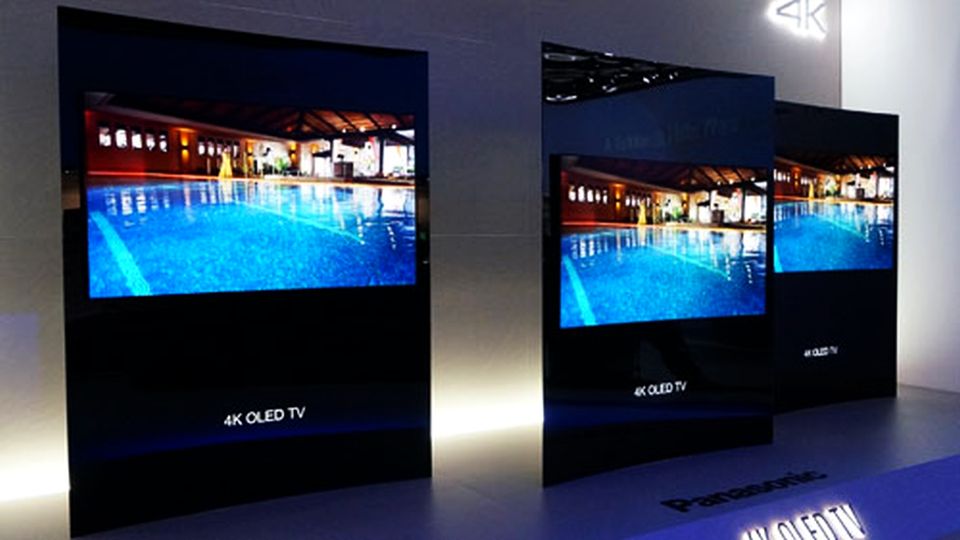 In December 2013, two well-known electronic brands -Panasonic and Sony halted their OLED TV joint development project. But Japanese manufacturer Panasonic has decided to again try its hand on OLED market with launch of its 65-inch 4K curved OLED TV at the IFA 2014 trade show in Berlin. At the event only prototypes of the OLED TV were displayed just to obtain response and feedback from IFA attendees before the firm actually decides to release it commercially.

However, the prototypes of 65-inch OLED TV looked quite impressive in shiny black body flaunting vibrant colors through its self-emissive display technology. Faint bluish horizontal FPR (film-type patterned retarder) lines are present below the display screen to flaunt its curvy body to its best.

As for now, the Japanese giant has not provided any information about specifications or sale of its striking OLED TV. But, it certainly will give a direct competition to LG’s 65-inch 4K OLED TV that is lined up for sale next month for about £6,000 (approx. US $9,651). It’s a great new for plasma TV fans because two renowned companies in the business are coming up with their best UHD TV displays.

Not only the curved TV, but the firm also announced about the launch of AX900/AX902 series of television. The series will come equipped with HDMI 2.0 and HDCP 2.2 and will also support popular Netflix 4K UHD services for better picture clarity. Hopefully, the new series will offer its best to the consumers.