Jeffrey Pryor from St Louis in Missouri used to work as a pipe-fitter, but had a lifestyle of debt. In order to take ownership of his life, he decided to quit his $65,000 job, sell off his $155,000 house and start a mobile lifestyle. He has transformed a $6,000 red school bus into a living space on wheels.

It took nearly 500 hours to convert the old school bus into a mobile home. He began the school bus conversion by tearing out the seats and then installing flooring, insulation, bath fittings, bed, toilet, lighting, and storage.

He used spray foam for insulation, and reclaimed wood for storage cabinets and other decorations. Besides that, the school bus home includes a tankless water heater, a Pipe Acrylic Sipper tub in the bathroom, a composting toilet, a bed made out of school bus chairs, and a flip-top table. Other amenities are LED lighting under shelf, wine rack, wine boxes as dresser drawers and a number of storage cabinets.

Describing his life as a pipe fitter, he said:

It was a 6am until 3.30pm job and I hated every aspect of it. I realized something was missing in my life, I was going to my job and wasting time every day, I was overpaid and made a lot of money doing nothing. I want more out of life than that, I want to be challenged and have an impact.

Pryor named his school bus conversion ‘Le Diable Rouge’, which means ‘the Red Devil’ in French. His determination to get something different out of his routine life led him to this wonderful bus conversion. Now he is enjoying the nomadic lifestyle that allows him to move wherever he wants. 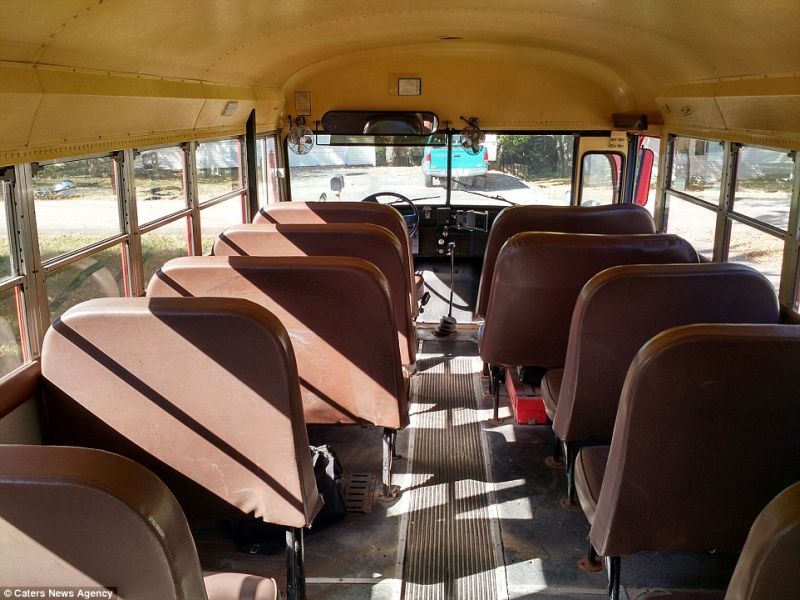 Seats in the school bus before transformation 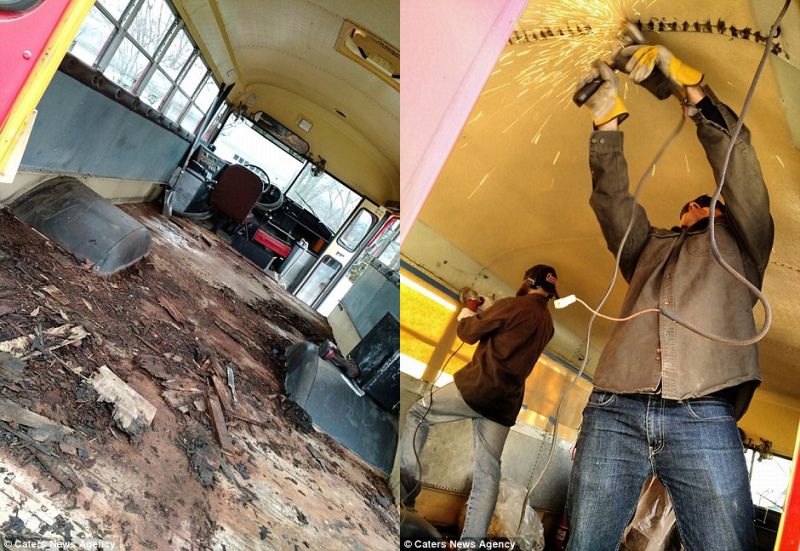 He began with tearing out the seats of the school bus 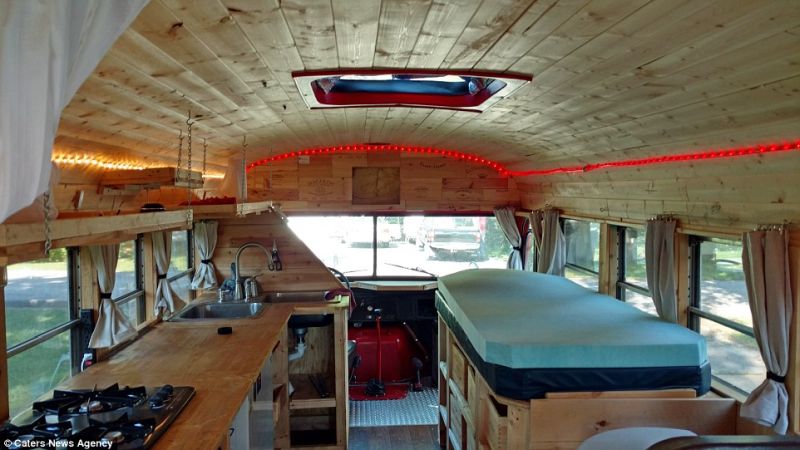 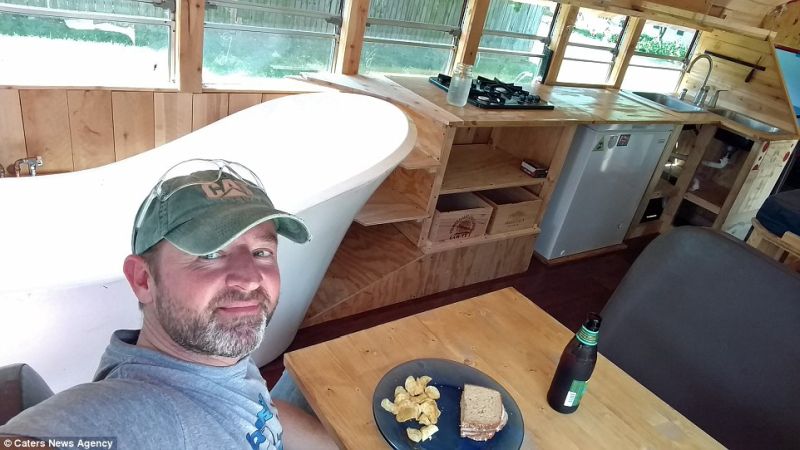 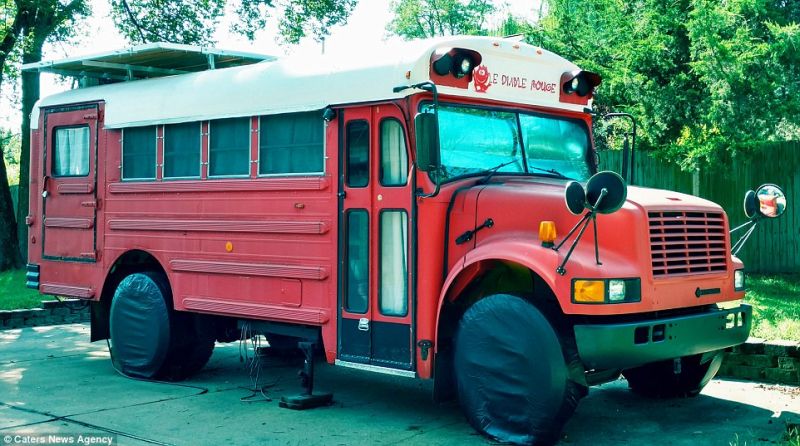 Exterior has not been changed 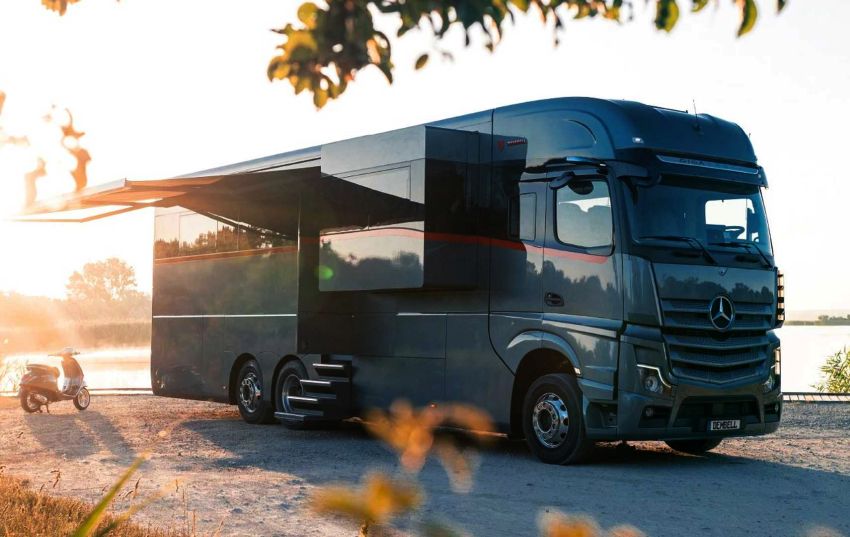