Crank up the Groove With Porsche Design 911 Soundbar

A boombox for Porsche diehards 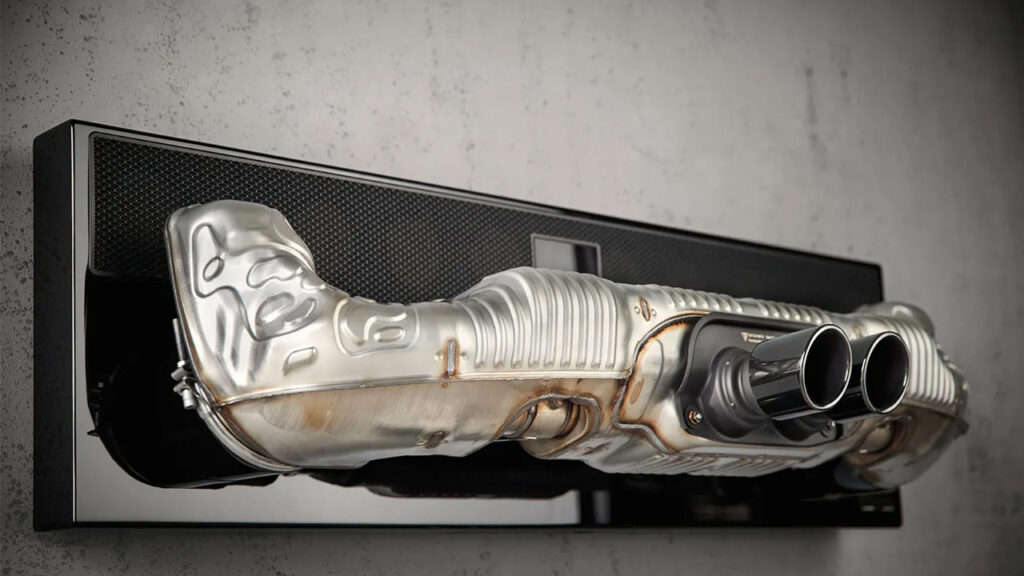 Porsche Design has created a name for itself in the high-end realm with its functional and aesthetic accessory segment. Fabled for its legendary 911 sports car model, the German design studio has now introduced the 911 Soundbar 2.0 Pro. Made from the exhaust system from the original Porsche 992 GT3, this ultra-premium audio device is strictly limited-edition with just 500 units up for grabs.

For years companies have been making soundbars that are usually elongated when it comes to size. The common perception among both makers and buyers is that these speakers are meant to sound like a beast – while looking average – because they are created to complement a modern TV display, and not outclass its design. However, brands like Bang & Olufsen and Porsche Design want to prove this notion wrong and the 911 soundbar is a classic fit to carry the momentum forward.

Boasting a bold, rugged and stout design, the 911 soundbar body comes loaded with a 2.1.2 virtual surround sound system delivering 300 watts of system power. The sound bar also features 4K compatible HDMI ports. Other than that, it gets Bluetooth 5.0 and Dolby Atmos DTS-HD tech. The automotive-inspired soundbar works with both Apple AirPlay 2 and Google Chromecast built-in for multi-room and other premium streaming services providers.

Measuring 59- x 18- x 19-inches and weighing 65kg, the Porsche soundbar is meant for sporting beneath the television, and can even be hung on the wall. A combo of black and silver finish, the soundbar is available for $12,000 and chances are, I might go bankrupt while snapping up one!