Love frothy beer? This portable beer server is for you 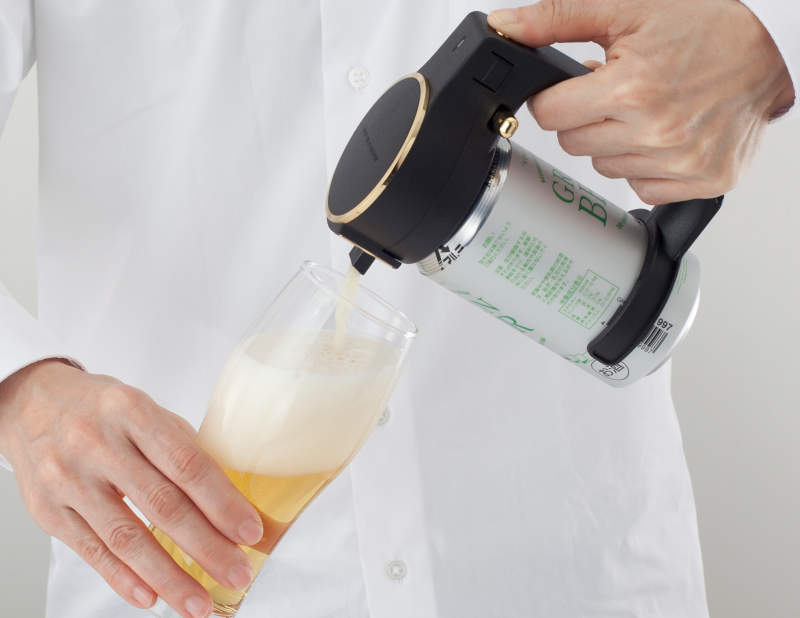 When serving beer, the right amount of foam (beer head) is considered as much important as any other aspect of beer drinking! Nucleation helps in releasing aromas of the beer to enhance the overall flavor, so it is a fantastic idea to serve beer with frothy head. Homeowners fed up of serving beer with traditional ways will love to check out GH-Beeri handy beer server range by Japanese company Green House. The range offers ultrasonic beer froth maker and server that can be used at home parties to serve delicious beer with a good head.

You just need to slide in a can of beer, and press the button when you need to froth up your beverage. It generates ultrasonic vibration of 40,000 times per second to craft fine beer with creamy foam. It can be used with cans of 250 ml, 330 ml, 350 ml, and 500 ml. Made of ABS resin and silicone, this ultrasonic beer server measures 120 x 73.6 x 134.6mm and weighs 122g only. You have to plug-in two AAA alkaline batteries to power the device for using it up to 3.5 hours.

It consists of two units– one generates ultrasonic waves to froth the beer and the other holds the beer can tightly. The component for holding a beer can be washed, but ultrasonic unit can’t be washed. This handy beer server helps to make the canned beer more delicious. Due to compact and lightweight design, it can also be carrying around on outdoor parties.

Available in two classic colors, it was released in April 2017 and now it can be purchased for US$55 at JapanTrendShop.