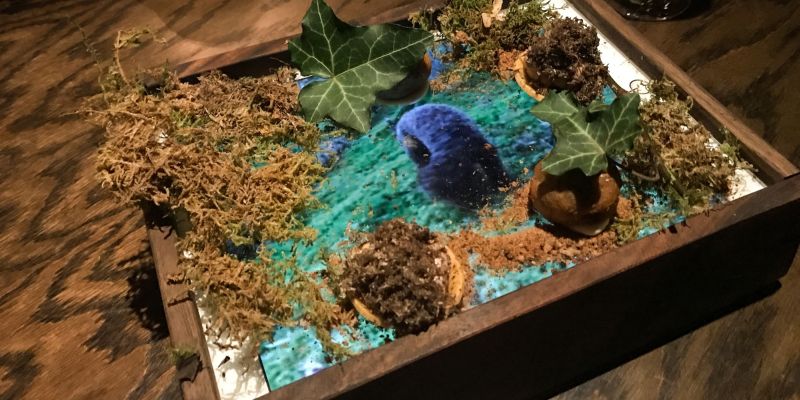 There are so many great uses of iPad, but you will be wondering after knowing that the high-priced Michelin-starred Quince Restaurant in San Francisco is serving a special course named “A Dog in Search of Gold” on iPads, literally. Many customers who have experienced the dish have reviewed the restaurant on Yelp. Most of the people perceive iPad plates as a cute and entertaining way of serving food items, while it will surely rob your pocket.

As per talks of Cosmopolitan with Quince’s chef and owner Michael Tusk, he clarified that a special wood box has been prepared for creating a visual scene of food sitting on the iPad screen. Seafood, desserts and other delicacies are served on an iPad, while video of a truffle dog searching for food keeps playing on the screen. This week one of the Chef of the restaurant Richie Nakono affirmed through screenshots of the dish at Twitter that San Francisco’s Michelin-starred Quince is apparently using iPads as plates.

The iPad slips in and out of the box and we designed a sheath that is cleaned after each order. The food does not directly sit on top of the iPad at all

A Dog In Search Of Gold

According to Tusk, this idea revolves around combining the latest technology with a little bit of gastronomy. Truffles are always a mysterious recipe for guests, and this method can be used as conversation-starter and for setting up a fine mood for dinner. This is not the first time tusk used this scheme, as one can also see the photo of frog legs with watercress and sorrel that are also served on an iPad.