What's Hot
Floating Carpet Table is Reminiscent of Furniture From Fairytales
February 7, 2023
This Spacious Tiny House With Balcony is a Dazzling Dwelling on Wheels
February 6, 2023
15 Clever Ways to Better Use Space Under the Stairs
February 5, 2023
Facebook Twitter Instagram Pinterest RSS

The robust Rhinoceros Beetle chair for insect lovers and geeks

By DattatreyaOctober 18, 2013No Comments2 Mins Read 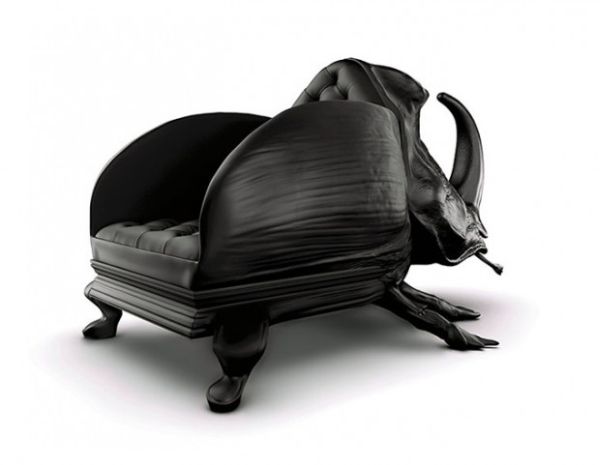 When it comes to imposing seats, many of us geeks must have fantasized about exalted stuff like the magnificent Peacock Throne of the Mughals, or the boisterous Iron Throne from The Song of Ice and Fire. However, designer Maximo Riera has put a twist to the notion of an imposing state by creating the Rhinoceros Beetle chair. Inspired by the original beetle insect (not the namesake car or the similarly named band), the chair deftly replicates the robust anatomy of a Rhinoceros Beetle specimen. Existing in real time, the head of this beetle kind does look like the horned visage of a rhinoceros. Indubitably, the designer utilized this potent combination of a jet black hue, horned characteristics and the sturdy frame of the beetle to concoct a true brawny design fit for a geek king.

In terms of sheer inspiration, the creator is actually justified on many levels for using the beetle insect. According to him, beetles are the strongest land animal in relation to their size. As a matter of fact, a beetle is powerful enough to lift over a hundred times its own weight. What’s more, the seating arrangement has been adroitly housed along anatomical structure of the the Rhinoceros Beetle chair. So, this serves as a comfortable sofa like mechanism comfortably upholstered in plush black leather.

Now, at the end of it all, we must break the bad news – the Rhinoceros Beetle chair is actually just a one-off design. Of course, we can always cross our fingers for some design house to take up the conception and put it forth commercially for sale. 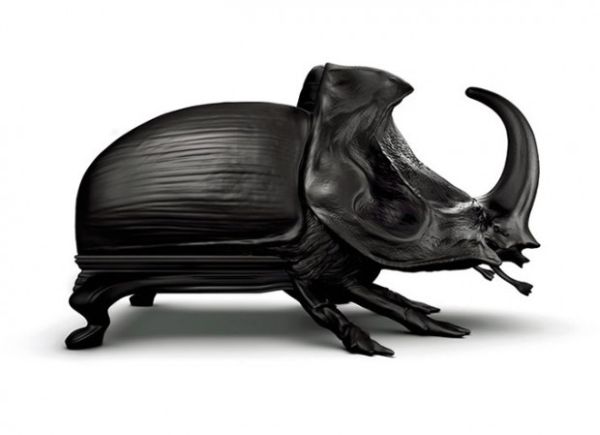 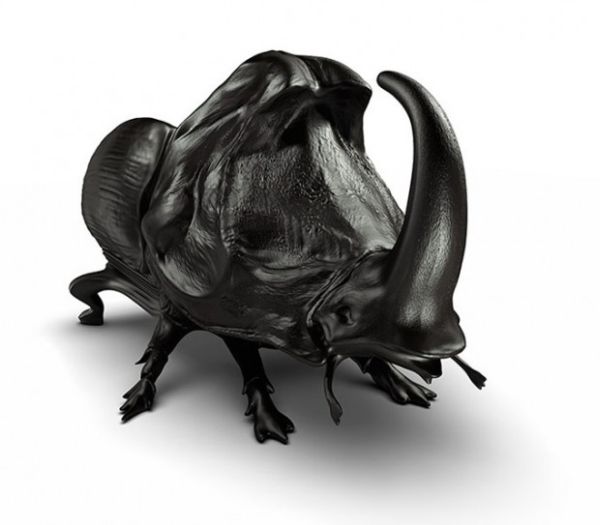