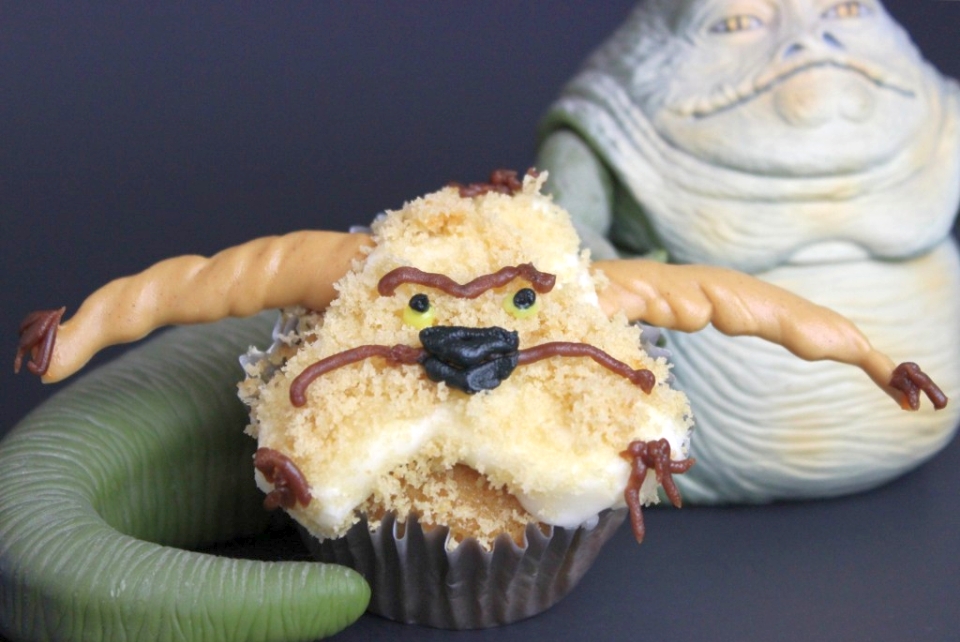 What if you could trick or treat kids with Salacious Crumb cake instead of candies this Halloween? We always give candies to kids , let’s try something new this year and what better than Salacious Crumb, the sidekick of galaxy’s most notorious criminal empire, Jabba the Hutt.

The cupcakes will not only make Halloween interesting but might also label you as the most creative lady in the block. If you are convinced, read on for the process of creating Salacious Crumb Cake.

Salacious Crumb cupcakes are ready to be served.

Whether hosting themed-birthday party or preparing for trick or treat, the Salacious Crumb cupcakes will surely be a fresh idea to celebrate Halloween.