By DattatreyaApril 16, 2013No Comments2 Mins Read 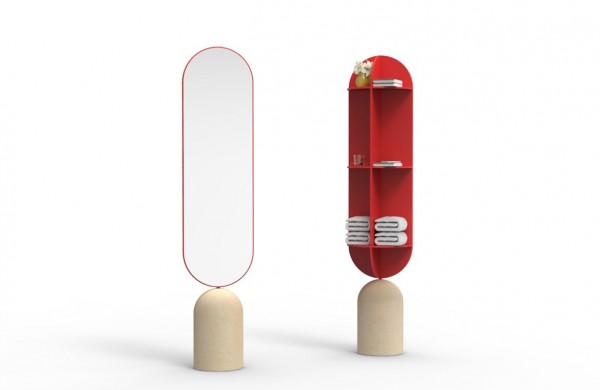 An iconic juxtaposition of stone and plastic – this in a nutshell describes the avant garde nature of Orte Pimar, a mirror cum shelf design from De-Signum Studio Lab. Partly inspired by the stone architecture and watchtowers prevalent in the southern Italian region of Salento, the conception has a base made of solid stone. Shaped in the form of rounded-off cylinders, these stone supports provide the much needed structural stability to the upright design. The crucial upper section is crafted from plastic, painted in a striking red hue. This plastic component has the dual function of posing as a mirror on one side, and a shelf system on the other. The Orte was showcased at Salone del Mobile 2013, held in the ‘design-city’ of Milan. 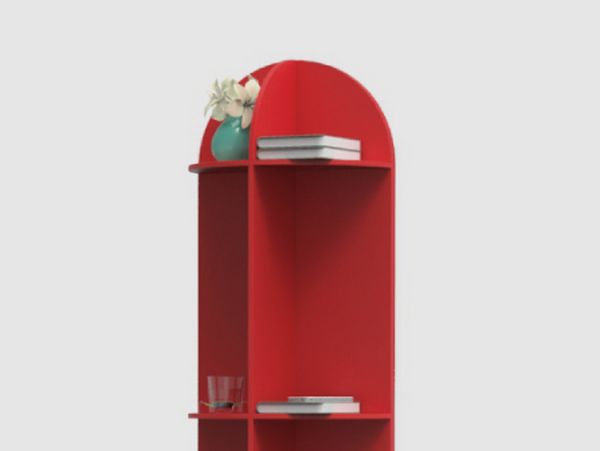 Coming to its visual scope, according to the designers, the ovoid shaped plastic alludes to a mix of plans, with one of them being highly reminiscent of the large scale shipbuilding process.  Of course, the design language goes beyond aesthetics to provide the user with some practical features. For example, the mirror can actually spin on its bottom axis, courtesy of the fixed, solid stone base. On the other hand, the shelving system is divided into several uniform compartments,which makes it easier for the user to keep different stuff along the variant sections.