By DattatreyaApril 5, 2013No Comments2 Mins Read 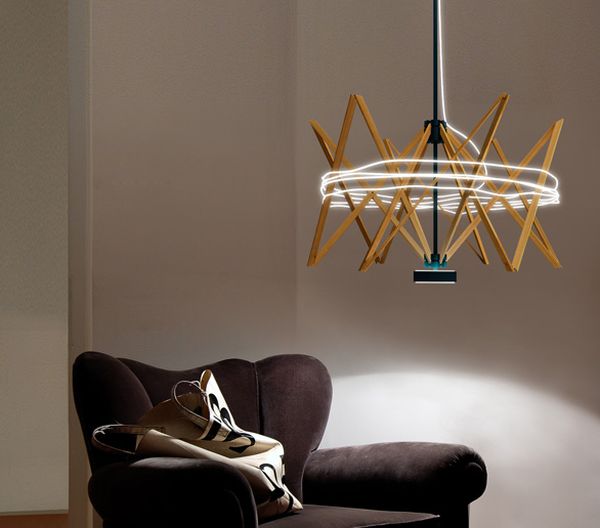 In Greek mythology, Ariadne (also known as Arianna) helped the great hero Theseus by giving him a ball of thread to escape out of Minotaur’s labyrinth. We have now come across the Arianna lamp, where the coil is spun around an intricate wooden maze, in allusion to the thread and the mythological labyrinth. Unsurprisingly, the pendant lamp emerges out as a wondrous conception of light. And, it is not just because of its symbolic interpretation of mythology, but also because of the remarkable aesthetics exhibited by its exquisite cherry wood crafted form.

Designed by the architectural group of  Baldessarri & Baldessarri for the Pallucco catalog, the Arianna lamp sort of replicates the effect of the spinning wheel. The core cherry wood structure forms a zig-zag pattern on its cross-section, while showcasing a star-shaped embodiment from the bottom angle. The lamp itself is held by an extendable vertical post running through the middle of this wooden maze. 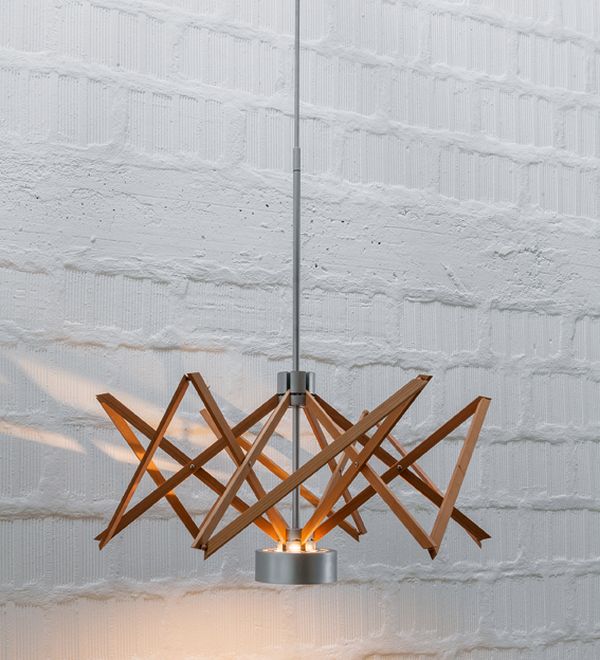 Now, coming to its illumination credentials, the Arianna lamp offers both indirect as well as direct light. The direct lighting is of course propounded by the aforementioned lamp fixture (which can be a halogen or a LED). However, the indirect light is exhibited by the luminous coil which is wrapped around the wooden structure. This creates a fascinating effect of light and shadow, all infused within the scope of the pendant lamp’s classy form. 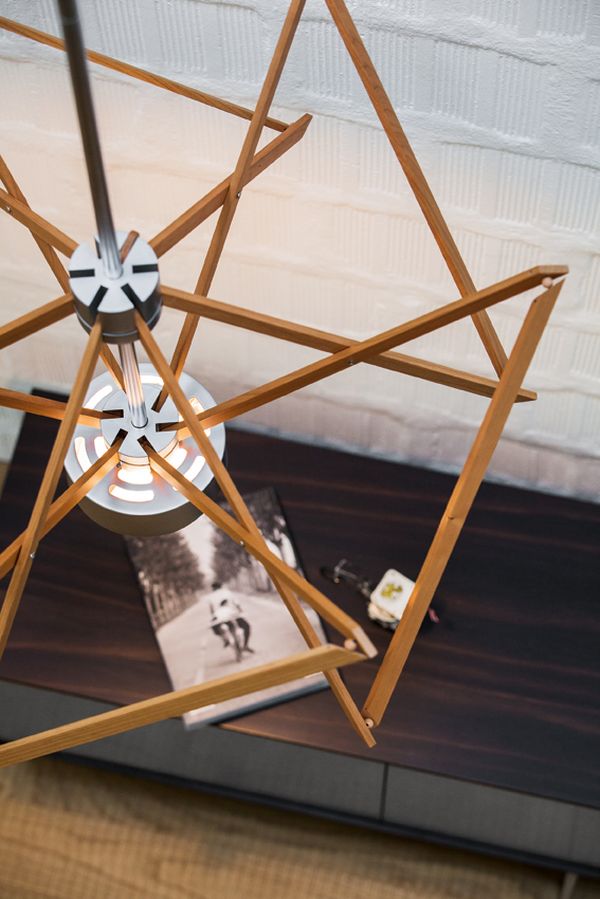