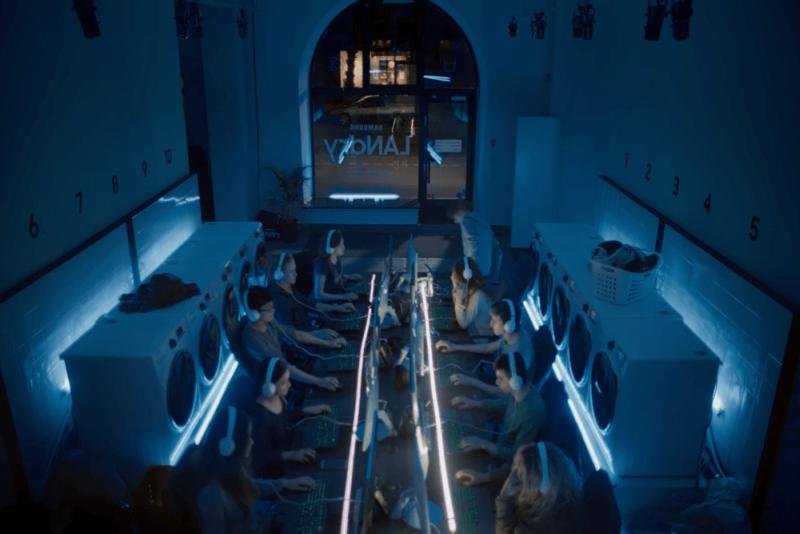 It’s pretty hard to get a teen to do household tasks. Laundry is one of them, and teens do actually hate to do it. What they love doing is playing games non-stop, even if the world is going to end now. However, Samsung wants to change that notion with their new concept which fuses both these extremes into one. This is LANdry, a network of PC gaming which only allows you to play once you have loaded the laundry machine with dirty clothes.

Samsung has set-up their AddWash washing machine to test out the LANDRY laundromat concept with the local teens in Sweden. So far, so good, the campaign is grabbing attention of all age groups. In particular teens who are now more keen on collecting the dirty laundry in exchange of a good session of high-end gaming.
One thing that teens will find highly irritating in LANdry is the game time itself. Once the laundry is done and the washing machine turns-off, the game also stops, irrespective of the gamer’s excitement level. Now that would make someone like me really furious if I was about to end a mission and the laundry machine stopped!