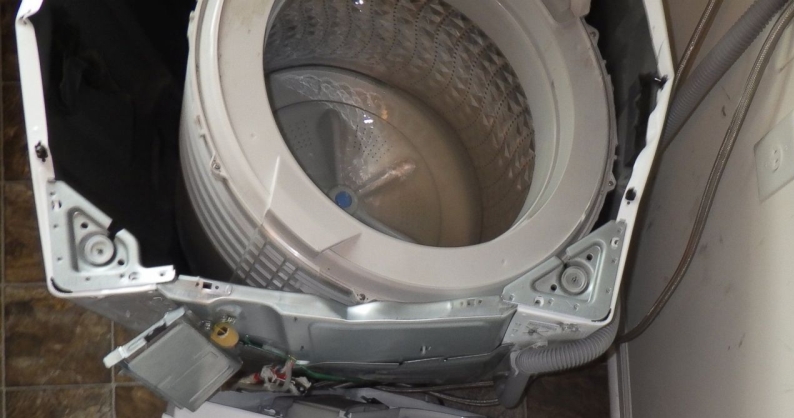 Samsung should make a bomb – Because their washing machines are exploding!

Samsung is not having a good time lately with reports of its Galaxy Note 7 blowing up. Now, the South Korean giant is in trouble again with reportings of its washing machines going off like a bomb. Yes, that is true as Samsung’s top loading machines have gone off dangerously as some complaints have suggested, and three customers have already filed a lawsuit against Samsung for the same. It is to be noted that this is not the first time Samsung washing machines have exploded, since in 2013 also Samsung recalled washing machines in Australia due to a similar problem.
This is a precarious situation for people who can get seriously injured from an exploding washing machine. On Samsung’s side too it is something that is major concern which can lead to brand’s tarnishing image.

The U.S. Consumer Product Safety Commission (CPSC) has relayed warning regarding certain Samsung top-loading washing machines, and they are working in close counters with them to fix this worrying issue. The problem is the support rod holding the top-loading machine which can unfasten during the spin cycle. This causes the washing machine to burst.