SensFloor by Future Shape calls for help when someone falls 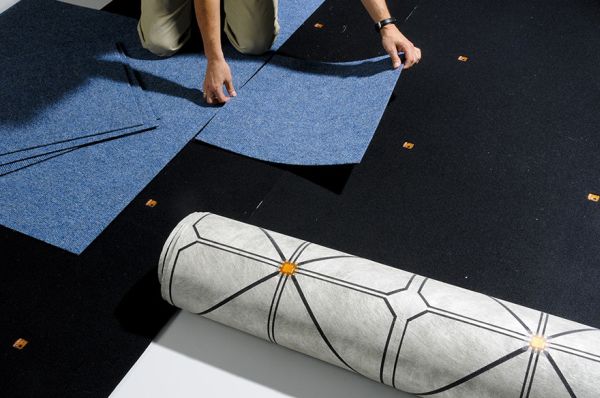 Do you have an elderly family member at home who is disabled and often fall off if left unattended? If yes, then bring home the SensFloor, which is a conductive rug that not only detects movement on it, but also calls for help when somebody falls over it. You can easily install this thin fabric underneath any flexible floor coverings like tiles and parquet.

Designed and created by the German technology firm, Future Shape,  the SensFloor textile is just two millimeter thick. The integrated capacitive proximity sensors  in the system measure any alterations in the electric field that are caused by a person or any other conductive object approaching the sensors. Each square meter of the fabric is imbedded with four radio modules, which track the speed and direction of a single or several people and even those who are on wheelchair, at once. This information is then transferred to to a separate control unit where it can be analyzed in real time.

The SensFloor can be called a smart rug as it can differentiate between a standing and a fallen person after calculating the area and detecting the motion. It can also distinguish between a person’s footsteps and spilled liquid.

This system was specially created to keep a check on the elderly people who lived alone.  This rug was recently installed in a nursing home in Alsace, France, where 70 rooms were monitored. Whenever a resident stepped on the floor, a light was turned on and if someone had fallen down on the floor, the nurses’  station was immediately called for help.

In an interview with Dezeen, SensFloor research and development director, Alex Steinhage said, “In the first four months, we had 28 falls discovered by our system and none were false alarms. One nurse told us that she wouldn’t have seen one of the falls because the person fell on the far side of the bed where she wouldn’t have been discovered.”