Sensor Can dustbin opens with your voice command 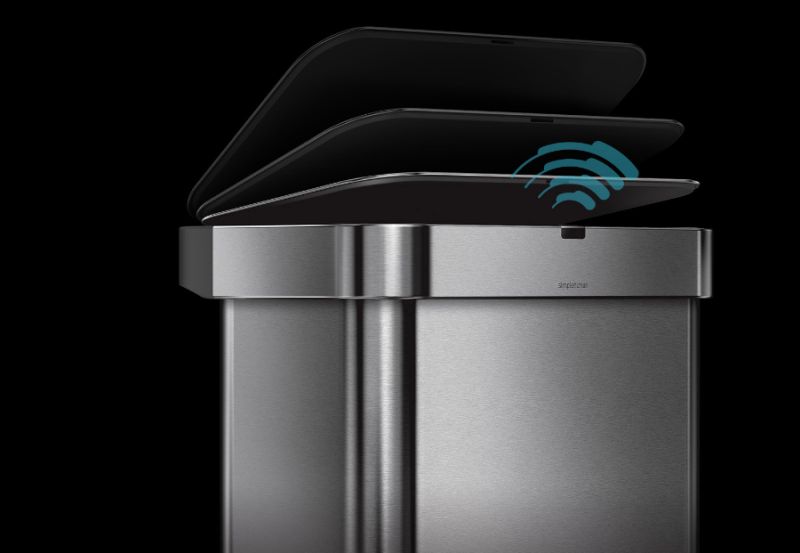 Simplehuman, a well renowned name for high-end home accessories, after stunning the world with its sensor mirrors, stainless steel dish racks and automatic soap dispensers has now launched its most technological advanced garbage bin, known as the Sensor Can with voice control.

At CES 2017, Simplehuman displayed this voice controlled sensor trash can and was much appreciated by everyone present. Sensor Can with voice control has a built in microphone that picks up your verbal instructions like; if you want to open it you simply have to say ‘open can’ or ‘open sesame’ and can be verbally instructed to close or stay open until you have finished your job. The technology used in this trash can will come handy if both your hands are full of food scraps or trash.

Sensor Can with Voice Control will be available in two versions – one will be a single bin and the other version will have two separate bins attached to segregate the recyclable trash. Both versions of voice-activated garbage can offers a motion sensor, similar to Simplehuman’s prior trash cans. That means you simply have to run over your hand on its lid and it will open and remain open for five seconds and will automatically close after that.

Single-bin trashcan will be available for $180 and the double-bin version will be for around $230. The first batch of Sensor Can with Voice Control is expected to hit shelves in March 2017.