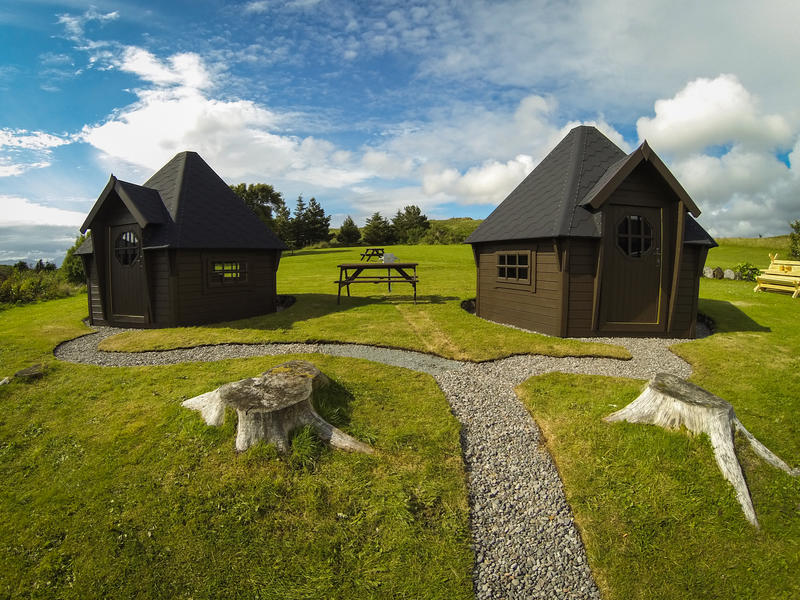 Connected to Scotland’s northwest region by a bridge, Isle of Skye is a majestic place that’s known for its rugged landscapes, medieval castles, and majestic fishing villages. It is also home to a Star Wars-themed hostel called SkyeWalker. The name has been derived from combination of words taken from ‘Luke Skywalker’ and ‘Isle of Skye.’

A few years back, when the filming for Star Wars VIII: A Force Awakens started, UK newspaper ‘The Sun’ reported that the movie will be shot in the Scottish Highlands and the Isle of Skye. According to some sources (back then), the movie’s directorial team thought Scotland possesses stunning backdrops that are perfect for the movie. They felt that some of the landscapes would even replicate the perception of mountainous planets.

The Skyewalker Hostel is not entirely a Star Wars homage. But it has definitely embraced its namesake. The hostel’s garden area has Jedi Huts, where Star Wars enthusiasts can stay to unleash their inner sci-fi spirit. The two Jedi huts, named R2 and D2, contain comfy double bed, heating system and your own private space to let you imagine yourself as a pilot of the Millennium Falcon. Outside the huts, there is a huge chessboard with pieces in the garden area.

Besides, these sci-fi themed huts, the main hotel building has dorms, cozy lounge, C3PO mural and fully-equipped kitchen. At the rear of the building, there is an amazing glass Solardome to observe the starry sky with views of the Milky Way. You might even get a glimpse of the Northern Lights if you’re lucky. No wonder, visitors voted the Skyewalker as Hostelworld’s Best in Scotland for 2015.

You may visit the official website to book your Jedi hut and enjoy living like the Star War character during your stay.