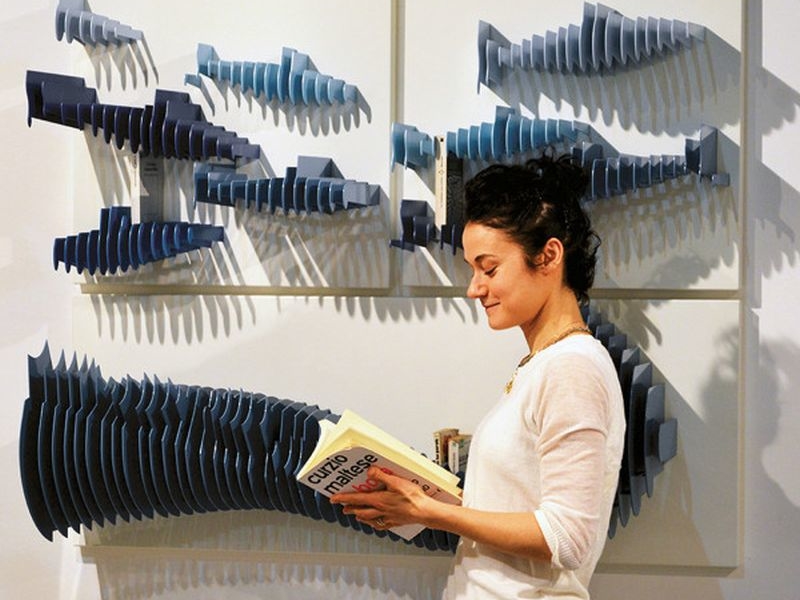 Instead of a typical design, Italian designer Alessandra Meacci took an unusual approach to create Slices bookshelf. Aptly named, the bookshelf consists of several vertical modules with panels that are perpendicular to the back panel. The books are to be placed in between the vertical slots, unlike most horizontal shelves.

Due to its one-of-a-kind layout, the bookshelf truly stands out from rest of the conventional shelving units. The unusual style of the shelf makes it appear like 3D pieces of artwork, which makes it double up as functional home decor object. Its artistic layout represents different side and interpretation at every glance, depending on how the viewer sees it.

The modular shelf is designed in a variety of shapes and themes. The two highlighted themes are: Under the Sea and Jungle Book. The ‘Under the Sea theme’ features a large blue tentacle shaped structure as that of a shark. On the other hand, the Jungle Book-themed bookshelf boasts an abstract shape with forest green colors.

Both the themed vertical shelves are not only stylish and creative to look at, but functional at the same time. Slices bookshelves will be excellent wall decor pieces in modern houses that are in need of striking, standout pieces. 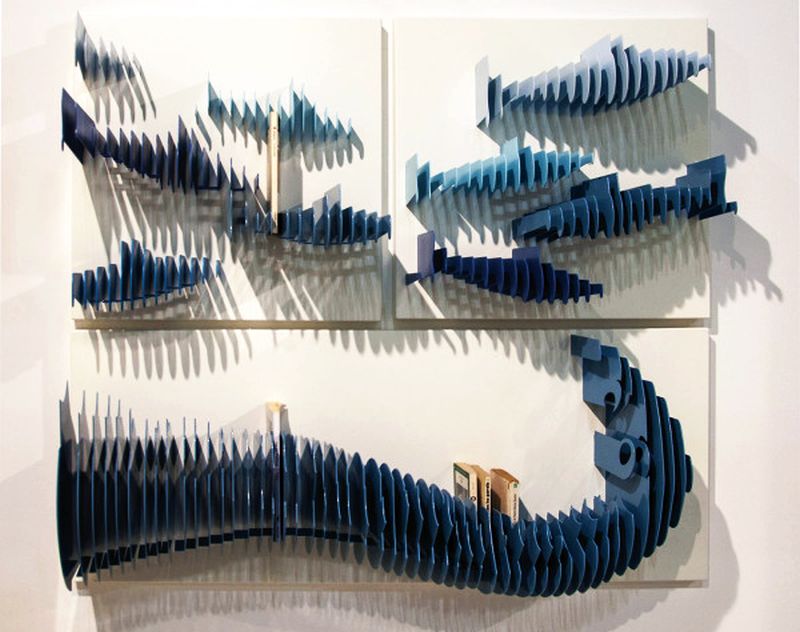 Under the Sea theme bookshelf in blue

The true test of a philosopher is what ... 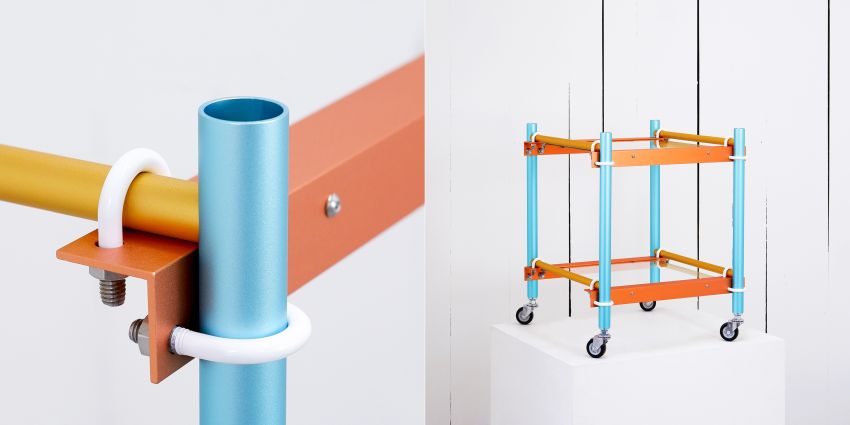