By SunilChandelNovember 22, 2013No Comments2 Mins Read 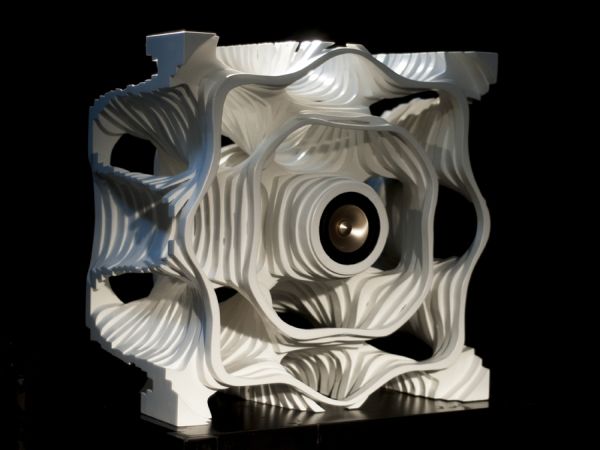 Netherland-based designer and owner of SoundShapeLab, Ricky van Broekhoven is having a huge fascination for electronic music. He believes that music touches the soul, therefore he has developed Soundshape Speakers, created by the drawings made from studying musical patterns generated by the resonating metal plate that aligns the salt poured on it into uniform patterns. He got captivated by the Chladni patterns which conceptualize resonance patterns of sound, while he was studying in Amsterdam at the Rietveld Academy.

Chladni plates basically are used to test sound resonance and while experimenting with them he discovered that tonal pitch represents the complexities of sound patterns. The drawings get more complex with a higher tone and then the designer puts them on paper in 2D drawings that work as a blueprint for the 3D printed model. Van

Broekhoven created his own model by translating these short-lived drawings into computer generated 3D renderings. He filmed the process and then took the screenshots, thereafter he analyzed the images which were then 3D printed.

Made from 16 hand-cut MDF layers, the casing of speakers are piled, glued together and then were coated with rubber-like polyurethane. Ricky van Broekhoven displayed his work during the Dutch Design Week 2013 at Convoi Exceptionnel exhibition in Eindhoven Strijp-T.