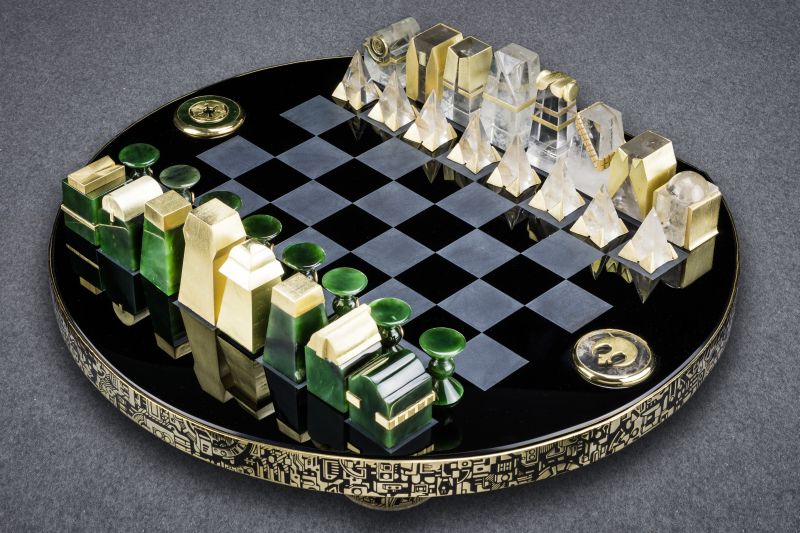 To commemorate the 40th Anniversary of Star Wars franchise, S.T. Dupont has come up with an eye-popping Star Wars chess set which is completely handcrafted. Battle in this board game is between the light side and dark side (literally), depicting the epic duel that took place in a galaxy far, far away millions of years ago.

Regular pieces in this chess set are replaced by the Empire and Rebellion sides, as iconic characters like Darth Vader, Han Solo, Chewbacca and Princess Leia take place of the important pieces on the board. To give a distinct look to each genre of pieces on the board, the Empire pieces are carved from nephrite jade brought from British Columbia, while the Rebellion pieces are made from natural rock crystal quartz. It goes without saying that each piece is carved with maximum attention to detail.

The Star Wars influence extends beyond the pieces to the chessboard too with metal gold-plated rim and symbols of the Empire and Rebellion engraved on drawer pulls which replicates Death Star’s outside design.

Now don’t get surprised if I tell you that this chess set carries a mind-boggling price tag of HK$1 million ($128,100 USD). It is indeed quite a steep price, and the handcrafted detailing of the exclusive material used in its making somehow justifies it.