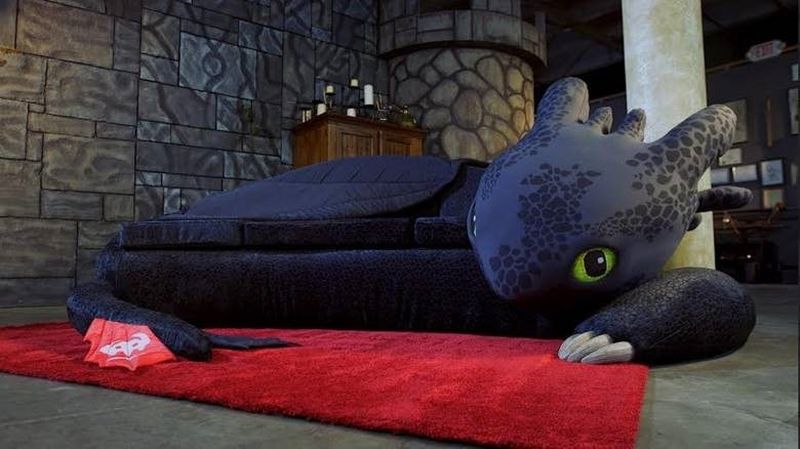 Defy Media’s ‘Super-Fan Builds’ is known on YouTube for making passionate fans’ dream come true by creating “ultimate collectibles”. Aficionados of a particular television show, video game or movie are nominated by a friend or loved one to be a ‘Super-Fan.’

For those who are selected, Super-Fan Builds creates one-of-a-kind collector’s item, reflecting the fan’s true devotion. Last year, we covered the same their Star Trek Enterprise home office on Homecrux. This workstation was contrived for a super fan Jake Geiger.

This time their most recent creation has been awarded to Kiani, a young girl who is a dedicated fan of Dreamworks’ Dragons: Race to the Edge franchise. In particular, she loves the character ‘Toothless Dragon’ from the series. Keeping her dedication for Toothless in mind, designer/master builder Fon Davis has fabricated the Toothless Couch for the young girl’s living room.

The replica of Toothless warmly cuddles the seating area, on which her whole family can sit and enjoy watching the Dragons: Race to the Edge. This couch comes with a detachable wing blanket underneath which she can snuggle up and and watch her favorite shows.

Firm wooden framework makes the basic body of the couch, which is surrounded by foam-padded Toothless replica. To give it a realistic touch, eyes of the dragon are integrated with lights that can turn up green like the original character.

It took the course of several days to create an extremely detailed replica-cum-couch that now is the newest addition in Kiani’s home. Check out the video given below to watch how it was built.

If you’ve ever wished to carry a fireplace ... 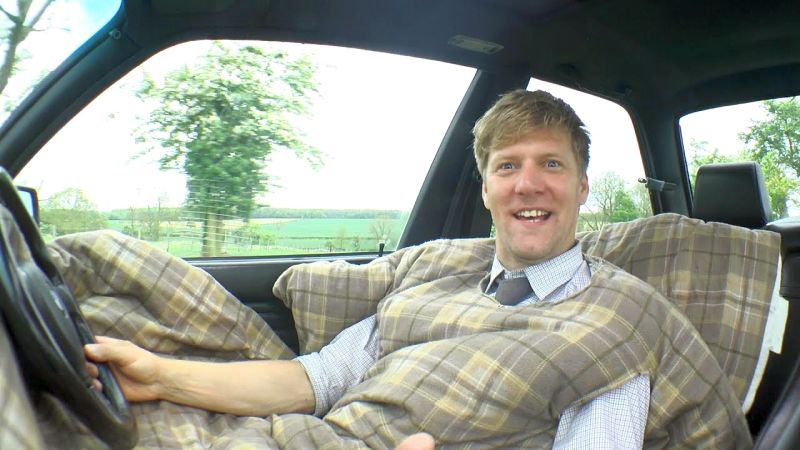 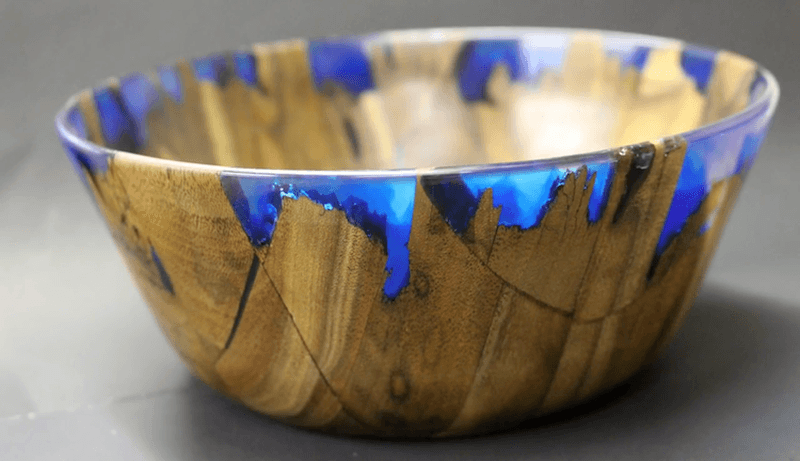 DIY – Watch how to create stunning wood and resin bowl