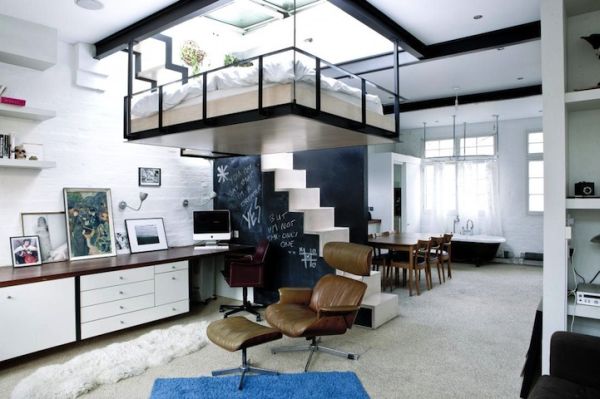 The application of space saving furniture was never so cool! The above pictured bed is not a part of any illusion exhibition; rather it is a solution used for a London apartment in Camden. As we can see, the ingenious arrangement comprises of a bed fully suspended in air, which is held in its place by a framework of iron railings hanging from the roof.

There is also a separate access mechanism in the form of staircase that leads directly into the bed. So, in essence, it is a self containing system that is conveniently segregated from the circulation of the apartment.

And the best part is that the mattress is situated below a retractable glass skylight. This allows the user a straight approach to the apartment’s 500 square-foot rooftop garden literally from his/her bed.

For us, the significance of the suspended bed is not just limited to one instance of innovation. To some degree, the solution also alludes to shift in paradigm for interior designs in cramped conditions. For years, architects have reverted to the use of modular scope to justify the spatial as well as furniture arrangement of housing units.

However, this particular conception also proves that ‘real’ space can be saved by some inventive adjustments and measures. In other words, the entire living unit is not considered as a space saving vehicle.

Instead some components of this living unit are modified to meet the credentials of an efficient space, without sacrificing the element of comfort.

Designed for teenagers and gaming enthusiasts, the Pod ... 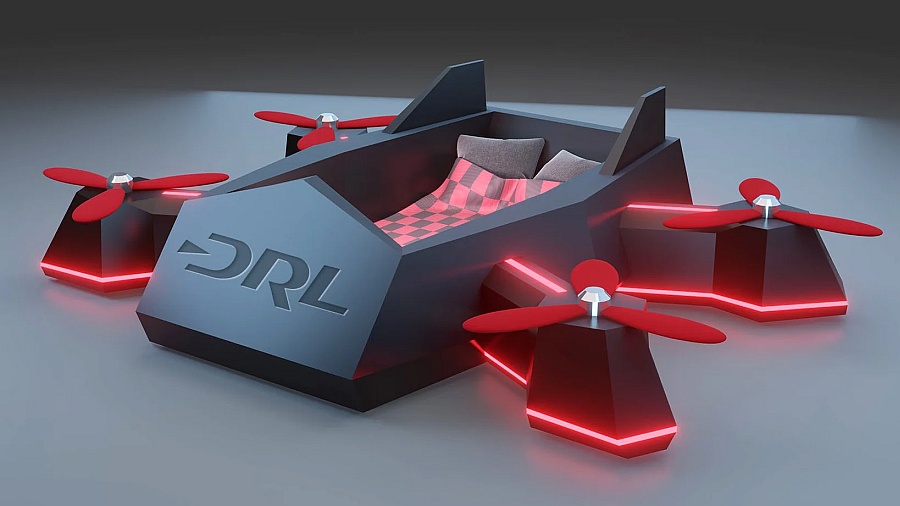 This Drone-Shaped Bed is Inspired by DRL Racer4 Quadcopter