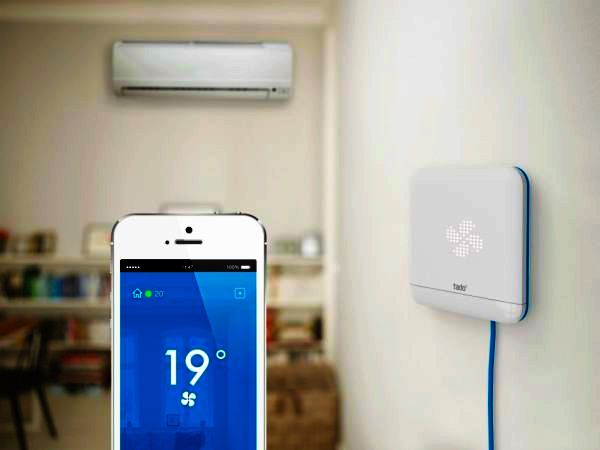 There are number of companies like Nest who already have produced smart thermostats to regulate temperature of your home. But air conditioners remained untouched from such technology until now. Tado, the German Nest competitor, has launched a cooling system which offers the smart technology for ACs. Tado smartphone-controlled cooling system connects to your home’s AC via infrared like a remote-control and connects to your phone through a local Wi-Fi network.

Tado is a square and slim device equipped with sensors. The energy-efficient device that can be mounted on the wall like an art piece detects the person’s presence in a room, similarly like human sensing oscillating fan, through a free downloadable smartphone app. The app helps Tado to control AC and detect your location when you are on the way to home. After tracing the location, it turns your AC on so that you get a cool environment when you reach home. The smart technology stops automatically to save electricity if nobody is in the room. 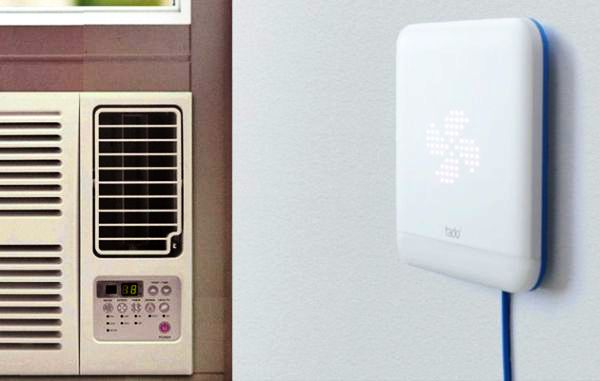 Tado smart cooling box has not been launched yet as it is hoping to fund raise $150,000 on Kickstarter. It was unveiled on Monday and has already reached up to 10 percent of the asked amount and 29 days are still left to achieve the goal. It will be available at $149 retail price once the campaign is successfully over.