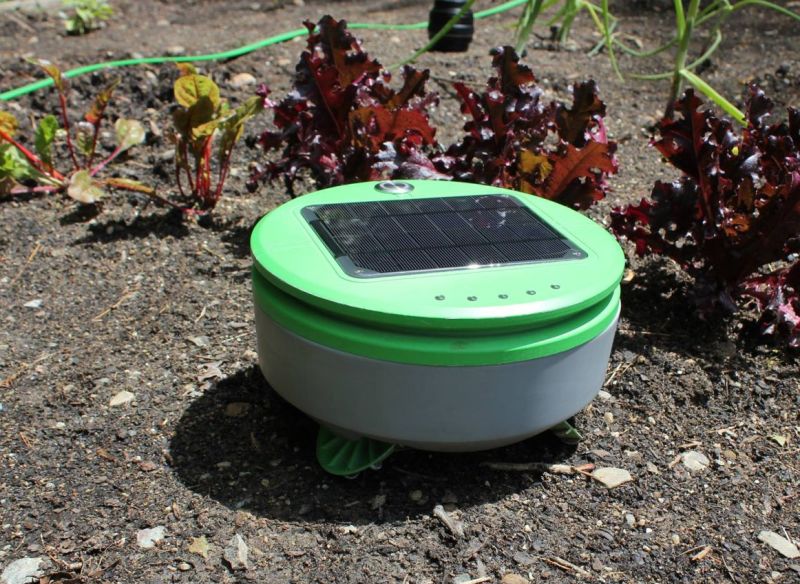 Massachusetts-based robotics company Franklin Robotics, with a team that includes the inventor of Roomba, has just launched a Kickstarter campaign for its weeding robot. Dubbed Tertill, the solar-powered weeding robot has been designed to remove weeds in your garden.

This Roomba-style product is meant to stay in your home garden and charge itself up in the sunlight. When the battery gets full, the smart robot starts wandering around the garden, avoiding obstacles in its path. This way it easily kills the weed that’s harmful for the growth of your plants.

Tertill is integrated with capacitive sensors that identifies what it’s passing over. So, it knows the difference between weed and other weedlike-plants, but only disposes weed with its spinning string trimmer. Instead of smart camera, this robotic device uses artificial intelligence to identify weeds. According to officer Joe Jones, the cheap capacitive sensors works well to determine whether the plants it has brushed up against are tall or short.

But what if you don’t want Tertill to whack the short plants in your garden? Well, the device comes with a Tertill-resistant collar that can be put around new plants until they’ve grown tall. However, it’s still not clear how well it will actually work. But if you are tired of stubborn weed in your garden, you can surely bring this home to have some relief.

You can currently pre-order a Tertill weeding robot on Kickstarter for just US$225 and when it goes to full production it will cost around US$300. The shipping is to be expected by March 2018. For now, check out this smart weeding robot in action in the video given below.