CES 2019: The Little Cat Treadmill is Smart Exercise Machine for Your Kitty 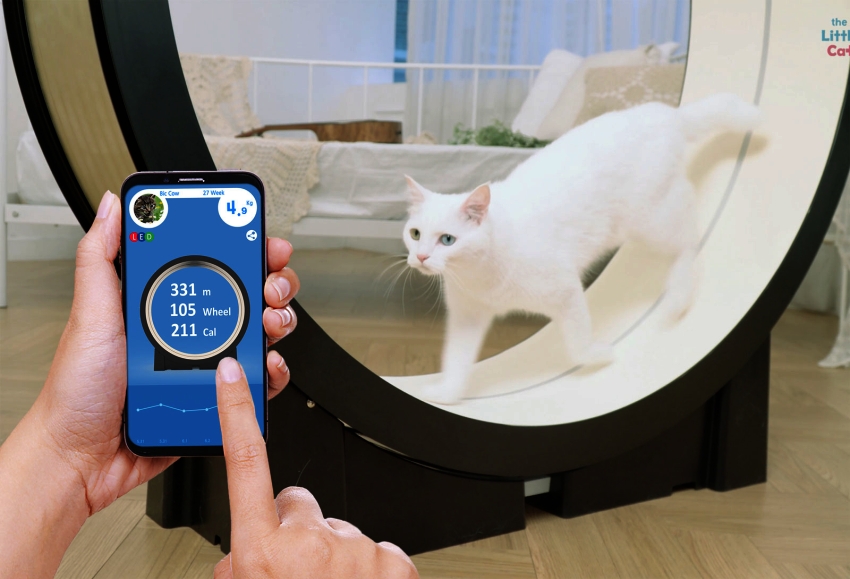 Most of us show love to our cats by feeding them tasteful delicacies. But there’s a downside to it. The kitty can become fat and lazy, which is not good for the furry companion. As opposed to dogs, cats don’t spend much time outdoors in activities such as walks or chilling on the beach. That’s why you need a pet accessory which will make you and your cat happy.

Enter The Little Cat, a smart exercise machine for your kitty which is more practical than other similar products we’ve seen in the past. It is like a treadmill (to be precise a hamster wheel) which induces your cat to take a walk (or even better, run) on the exercise machine for better fitness.

Now the question is, what makes this different from the other cat treadmills out there? For starters, it induces the cat to step up on the platform with the enticing LED lights. These lights can move down the middle of the treadmill in any direction to make your cat run.

In the beginning, your cat might be a little hesitant running on the machine but once it gets used to the new addition it will love chasing the elusive lights. While doing so it will shed those extra calories.

The Little Cat can be controlled via an app from virtually anywhere so that you can keep a check on what your kitty is doing. There are automatic modes or one can toggle them in real time too. For example, toggling the speed of the treadmill or moving the LED lights farther away from the cat’s grasp so that it flexes its legs even more.

The smart treadmill is on show at CES 2019 and is slated to be released later this year (probably by the end of March 2019). The only thing that might keep you from getting this smart pet accessory home is its steep price tag.

It is going to be priced at $1,800 in the US, which is far too much when compared to ordinary cat treadmills out there.