This Cob House is as beautiful as its making 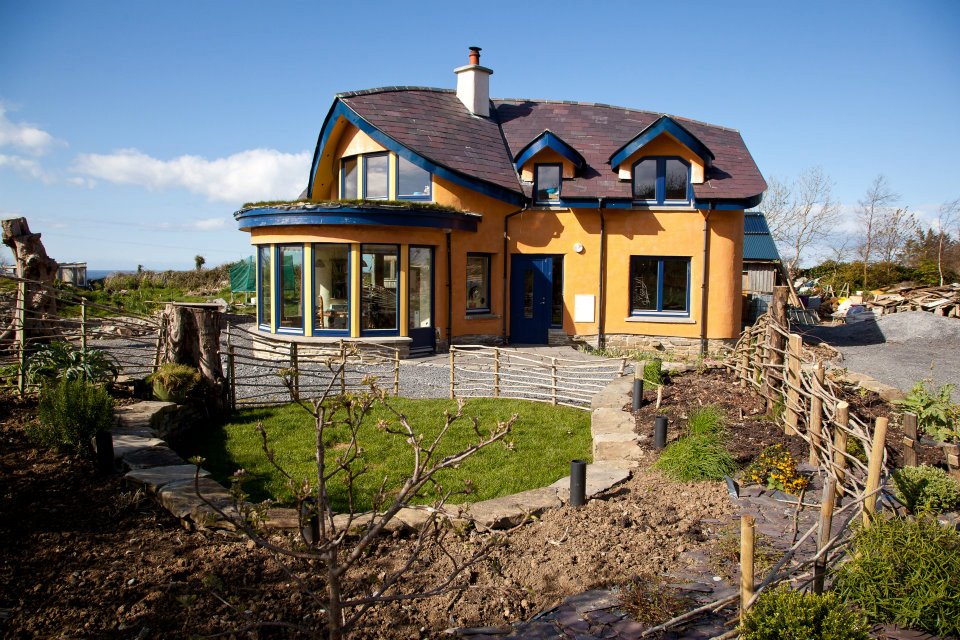 The concept of constructing houses from mud is not new, as its been done since ages. We all have made houses as kids, creating little dwellings with mud. Cob houses are organic structures and they aren’t for everyone because they require willingness to think outside the box. A couple – Feile and Colin did exactly that, thinking outside the box, and creating a wonderful Cob House.

Architect Feile Butler and her carpenter husband Colin Ritchie spent three years sculpting their two-story abode made of mud, straw and timber. The couple embarked on this ambitious project after taking 10 days mud building course in 2005, and the following year they were up with a model of this beautiful curvy Cob House.

Eventually, Colin started working on the house in January 2008. By this time they had added two dogs and a child to their family. Feile, however had a romantic fantasy that she would help her husband in construction work with the baby strapped to her back. She got this idea from the pictures she had seen in some natural building books, which the kid had nothing to do with.

Couple had assumed that they might be ready to move into their lovely Cob Home by the time second junior entered this world, whose arrival was due in summer of 2010. So when the expected baby arrived, couple with their two children and two dogs were still waiting for the mud floor to dry. They waited and waited, but finally when their patience left them they rushed into their joy home, while the floor was still sticky.

About 80 % of the materials used to build this 130 sq. m Cob House in Co Sligo was salvaged. Since Feile is an architect and husband Colin a carpenter, so most of the work was done by them. Along with a gang of volunteers, leaping about on a mix of clay, sand and straw like a bunch of excited kids.

Entering the house almost feels like an embrace, with curved walls, shelves and lots of soft shapes without any hard corners. The wood used in door frames, windows stairs came from windfall trees. Colin had planned to give away his caravan for free but when nobody seemed interested to take it, he stripped it open and collected all its re-usable and recyclable components and used them in his new cob house.

Related Posts
This Curvaceous House in Japan is Made of Wood and Clay
By Atish SharmaJune 28, 2022
By Harnessing Sun’s Energy, this Indian Physiotherapist is Healing the Earth
By Priya ChauhanJuly 23, 2019
Mud House with a Mahindra Jeep Roof Spotted in Ladakh
By Gaurav SoodDecember 20, 2018
Gaia is the World’s First 3D Printed Mud House
By Gaurav SoodOctober 11, 2018
Leave A Reply Cancel Reply