Firevase is a normal flower vase to go with, but when required, it doubles as a fire extinguisher which can be thrown at the fire to put it out. You don’t buy it? Read on.

Created by Samsung corporation subsidiary Cheil Worldwide for Samsung Fire & Marine Insurance, this flower vase has two separate sections – a smaller inner chamber that holds water to keep flowers fresh and an outer chamber filled with potassium carbonate which quickly cools and suppresses oxygen when the vase is smashed at the fire. It can be used to put off most general fires, the makers claim.

Fire extinguishers are usually monotonous and boring in appearance but this one is an exception as it’s, to begin with, one of the most common items of decor at home. The aesthetically pleasing flower vase which can also be used as a fire-extinguisher is made from translucent breakable plastic.

It’s simple and intuitive appearance allows it to be placed in any section of the house, from where it can be easily accessed in case of a fire emergency. Ease of use is another benefit of this fire-extinguishing flower vase – one just needs to throw it at the fire spot and in the blink of an eye the fire is out.

In 2018, Samsung Fire & Marine Insurance distributed 100,000 Firevases in South Korea as part of an awareness campaign to promote the use of fire extinguishers at home. After a positive response to the campaign, the company is once again producing and distributing 200,000 more Firevases, Dezeen notes. 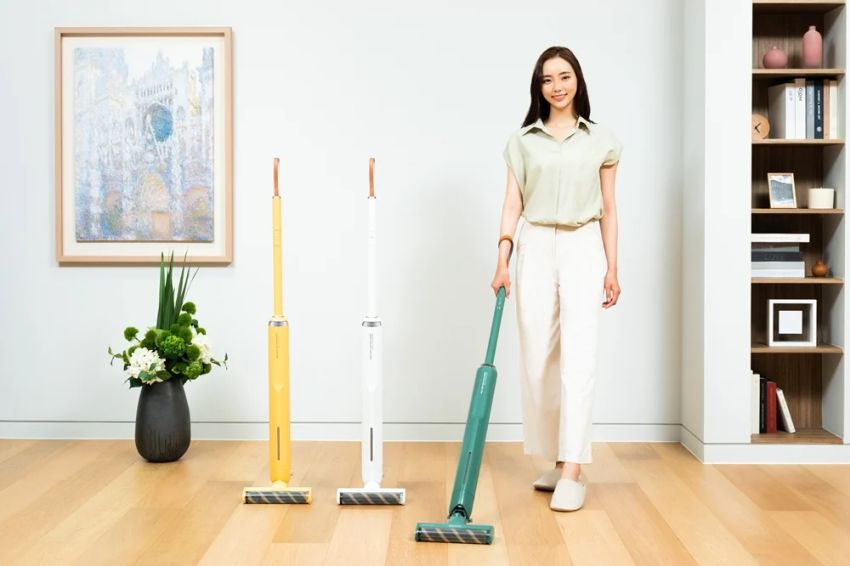