TIE fighter Christmas display straight out of the Galactic Empire 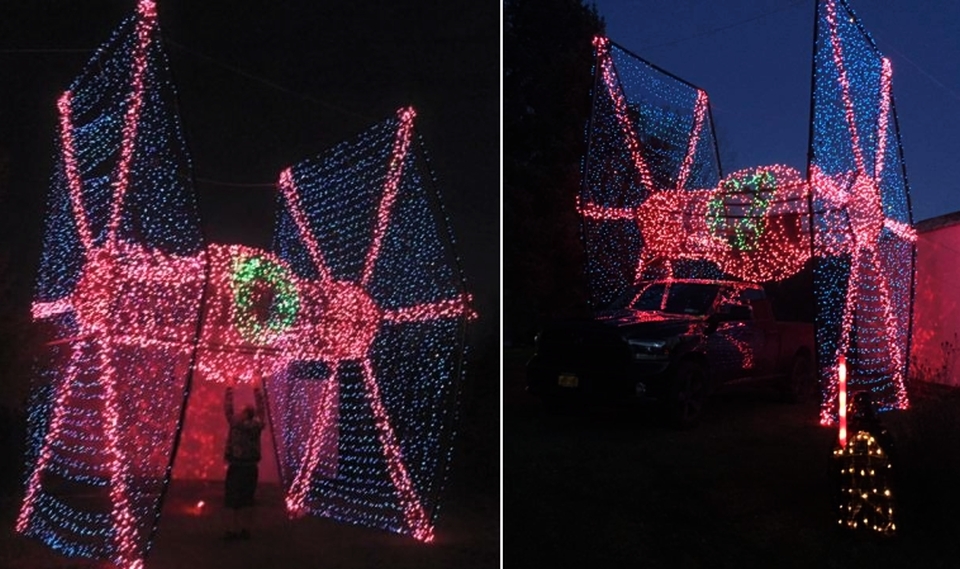 The man has created this gigantic display with the help of his fellow “Star Wars” fanatics, as shared by a user from Imgur. This TIE fighter display has been shining brightly on the front lawn of Maxwell DeLorm, who works as an ER nurse at St. Joseph’s Hospital Health Center in Syracuse and Faxton St. Luke’s Hospital in Utica.

Hexagonal panel wings of the display are made out of PVC pipes, chicken wire and metal wire. Its center cockpit is also made from chicken wire that’s further shaped like a ball. Finally, everything has been wrapped with 9,900 red, blue and green Christmas lights. The entire TIE fighter is more than 20-feet tall and 14-feet wide from wing to wing. This is probably the biggest and coolest TIE fighter display so far.

The Christmas TIE fighter is created just in time for the release of ‘Star Wars: The Force Awakens’ on December 18. Instead of opting for figurines and classic memorabilia of the Star Wars, the designer has chosen to showcase his admiration for the movie in an absolutely unique way. Designed to resemble the TIE Advanced x1 ship that Darth Vader controls in A New Hope, this massive Christmas display certainly depicts the creator’s immense love for the iconic Galactic Empire from the franchise.