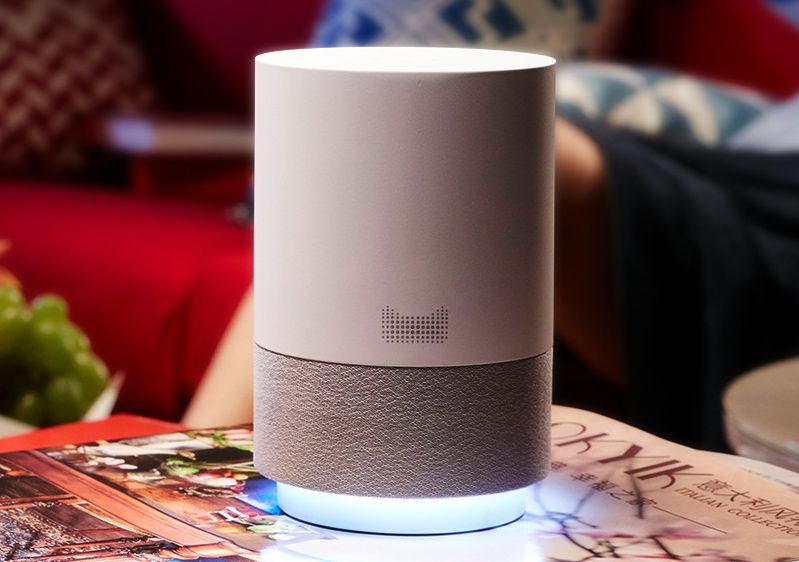 E-commerce giant of the Far East, Alibaba now wants to compete in the smart home assistant market. Yes, the company has announced Tmall Genie smart speaker which is reminiscent of other similar voice-assistant products like the Amazon Echo, Apple Homepod, Google Home and Samsung Scoop. The speaker is primarily aimed towards ordering items from Alibaba’ shopping portal, Tmall using voice-commands. To ensure security, the speaker has voiceprint recognition which allows only authorized users to place orders.

Just like other voice-assistant speakers, Tmall Genie is activated with a particular voice-command which is “Tmall Genie” in Mandarin language. To add visual appeal, the speaker illuminates in the small ring area at the base of device. The speaker has a range of up to 5 meters thanks to the six microphones which catch the voice loud and clear.

Understandably Tmall Genie is initially going to be sold in the domestic market with support for only Mandarin language. To compete with big players like Amazon, Alibaba will have to incorporate support with globally spoken languages. But for now, the voice-controlled speaker is going to compete with other similar voice-assistant speakers like Baidu and JD.com.

At this point in time Tmall Genie is going to be launched in limited beta edition for ¥499 (approximately US$73.39).