North Carolina-based product designer James Burry of Striker Concepts has created Trilight, a ceiling light for illuminating big spaces such as garages, shops, utility rooms, basements, backyard or any large rooms at home or office. It is a motion-sensing enabled LED lighting that offers extensive illumination by petite energy usage. LED lightings are pretty cool, safe, and small in size; inspiring enough for James to create an eco-friendly lighting.

Huge spaces like garages and attics always need powerful lightings to continue the work without interruption from lack of visibility. Normally, installing expensive lights at home burns a hole in your pocket, but with this easy-to-install LED lighting, you can simply screw it to the ceiling like standard bulbs.

Many garages only have one or two small light bulbs which are tasked with illuminating what is typically the largest room in your home. The end result is insufficient lighting in a room we visit several times a day

Trilight is a real powerhouse as it produces 3000 lumens of light output by using mere 25 watts of energy. It uses Microwave motion sensing technology that detects presence of a car, person or motion of your garage door to illuminate the space before your entry. When it senses no motion, it turns off automatically. However, you can also switch-off the motion-sensing feature for using it manually.

This motion activated lighting illuminates any space 3.8 times brighter than traditional garage door opener lights, and ensures that every corner is lit nicely. The three folding lighting heads in Trilight give it a the look of a traditional fan, and they can be moved at the desired angle to lighten up a specific area. Using this device, you are not only protecting nature, but also saving money on your bills.

Well, you can also use it to lighten up large rooms at home or stores in your offices efficiently. Currently, it has been crow-funded by more than hundred percent on Kickstarter, and if you want to join the project, then back it for $85. The final product is expected to be delivered in November 2016. 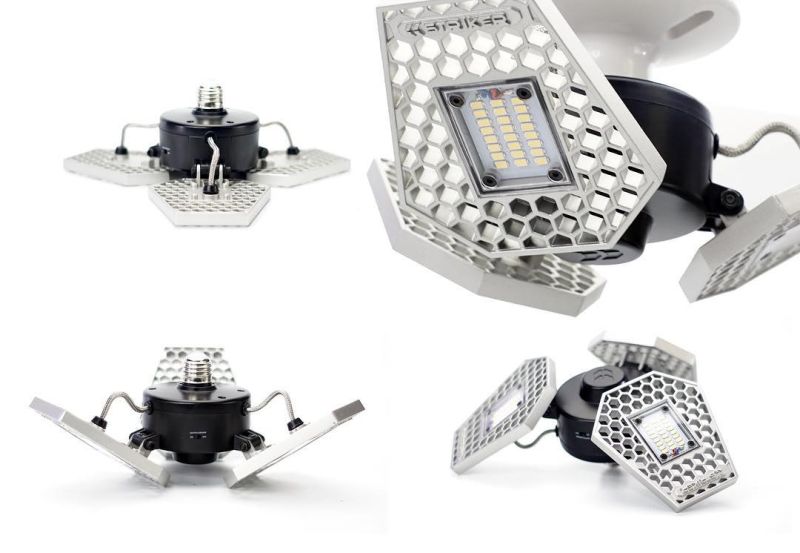 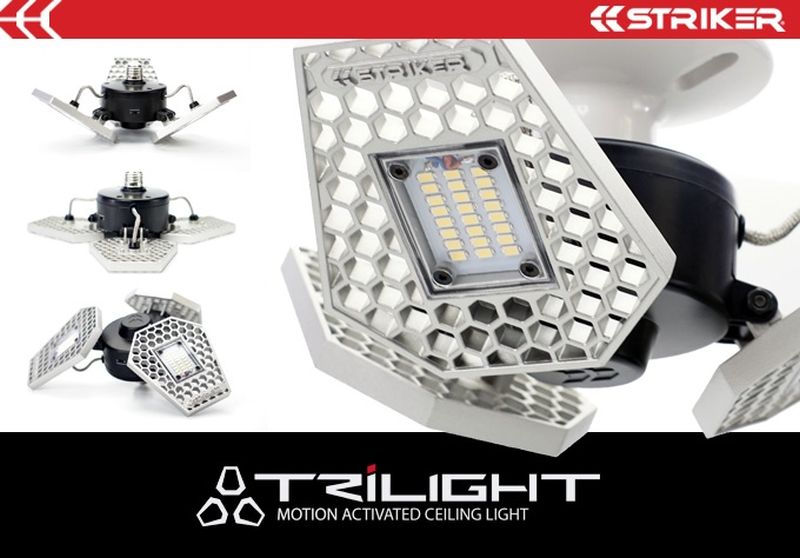 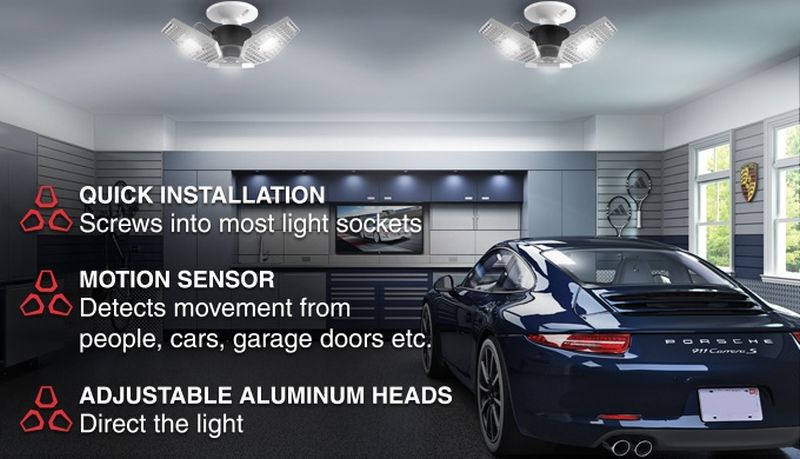