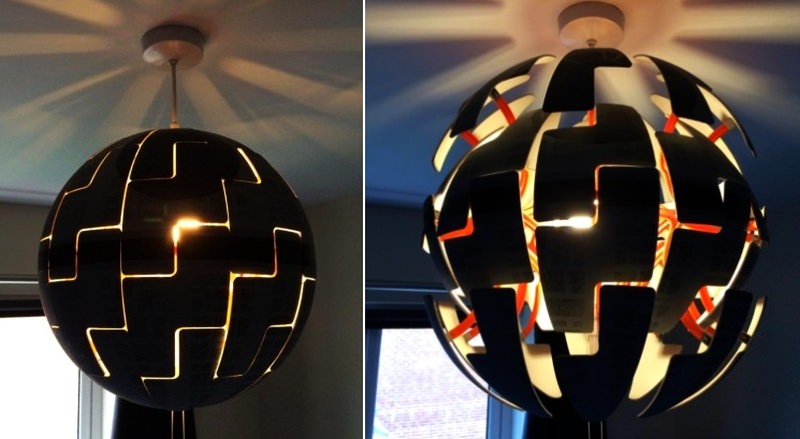 The whole world is celebrating the release of latest Star Wars: The Force Awakens. While internet is already filled with wide range of Star Wars replicas, DIY enthusiasts are also coming up with their self-made tributes to the epic sci-fi franchise.

Latest to join the club is the amazing DIY project by Simon Hood, which transforms the Ikea’s PS 2014 collection into a fully-functional customized Death Star replica. Firstly the DIYer has disassembled the original lamp and painted some realistic features on its spherical surface.

Using some paint, markers, masking tape and of course creativity, the original lamp is given a realistic Star Wars makeover in form of the most feared battlestation in the Galactic Empire. The resulting pendant lamp looks absolutely stunning and functions like the original Ikea lamp.

This galactic super weapon can surely illuminate your home without even risking our beautiful planet. For more information and full instructions on how to construct your own Ikea Death Star lamp, you may visit the DIY Ikea Hackers website.