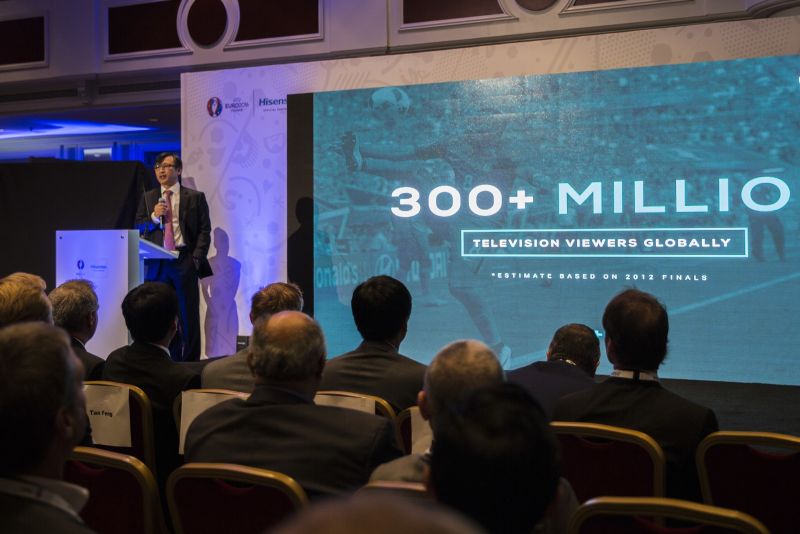 As a global sponsor of UEFA Euro 2016, Hisense, China’s biggest television manufacturer in respect of sales volume has introduced world’s first wide-angle laser 4K television in Paris. The event organized on the occasion of Euro Cup 2016 final got plenty of attention globally, so did the latest laser 4K TV by Hisense.

LED backlit 4K Televisions with big and expensive screens are the latest trend in the niche market. But the recently launched television by Hisense Group has integrated laser technology which the world hasn’t seen before.  This laser 4K TV has surpassed the technologies used in earlier LCDs/LEDs; such as optical engines, high-resolution lenses and color saturation engines. Surprisingly, this television costs 1/10 times less than earlier LCD televisions with same screen sizes.

Lin Lan, Global Vice President of Hisense Group recently stated in a speech that the newest technologies are created with the intention to maximize cost benefits. He said that the company has been strategically working on their dream to make it feasible for every family to afford a high-end TV. Hisense believes that achieving this dream will make them a leader in the world’s television market.