UriLift public urinal elevates at night, disappears in the day 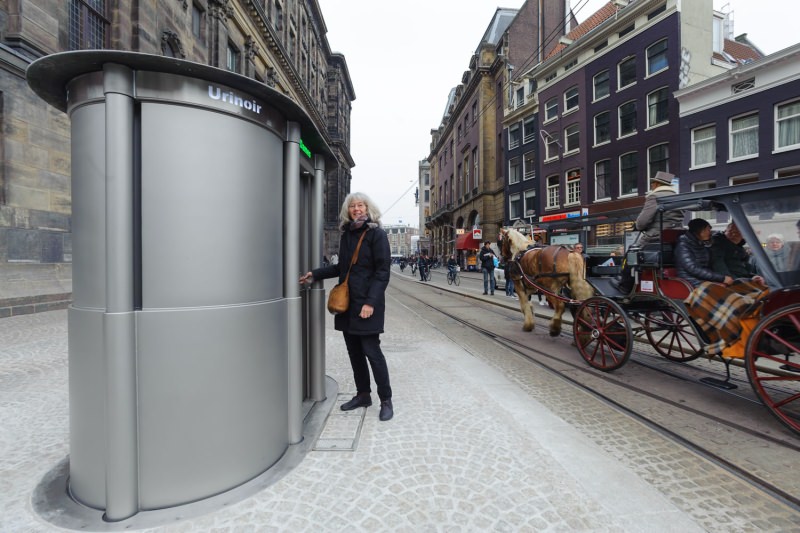 There are plenty of public toilets around a city, but at night they are often locked. The situation gets more difficult for women busting for pee at night. While men often resort to public urination, women need proper public toilet facilities. But fear no more, if you are in Amsterdam. The city has now equipped the world’s first retractable urinal on Dam Square.

Dubbed UriLift, the sanitary unit consists of two men and one women’s urinals. These urinals are designed to elevate at night and disappear during the day. This is obviously because of the fact that enough public urinals are there during day time. Moreover, the hidden toilet also offers plenty of space for passerbys to walk freely on road.

The municipality of Amsterdam has installed these retractable units for freely accessible toilet facilities. The women’s toilet portion is integrated with a lockable sliding door. Just like a conventional public toilet, all sanitation facilities are provided within the unit. But the difference is it disappears in the day.

It is made from vandal-proof stainless steel, and also connected to the water mains and flushes automatically. Aim to install such pop-up toilets is to prevent drunken party goers urinating on Dam Square.The concept of UriLift first came into existence during 2006, but after a decade this concept has actually turned into a reality for public benefit. Even other cities around the world need such urinal facilities to completely get rid of public urination.