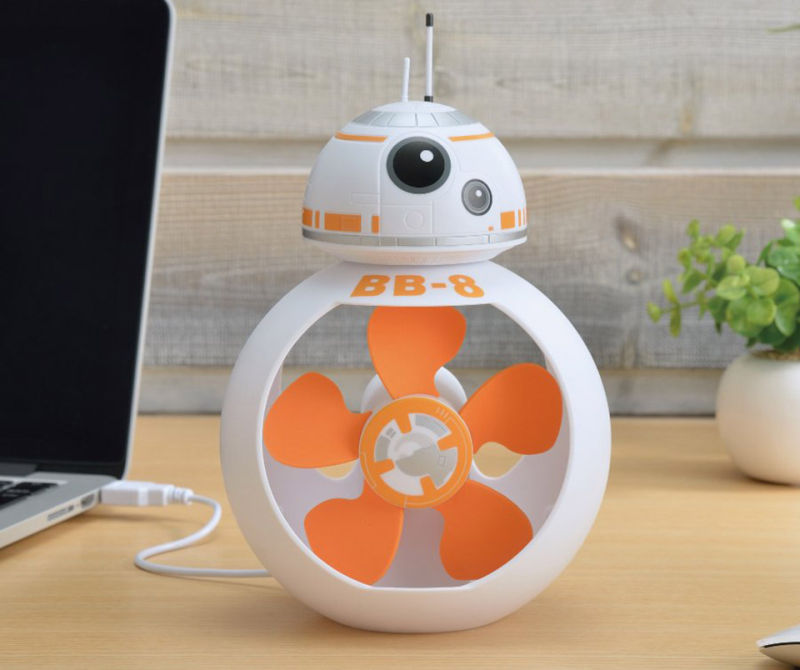 If you are a hardcore fan of the mysterious BB-8 Droid of Star Wars, then you’ll surely love this mini desk fan that looks similar to the cute little droid. The toppling head with an eye remains same, but variation comes in the body which is equipped with an orange-bladed fan. It can be plugged into any USB port for power, and you can use it get cool air, while working on a laptop.

Made of PVC material, this table fan is 8.66″ tall and can be placed on any flat surface. You have to add included tiny pads in its base, so that it doesn’t tumble at all. A button on the back is included to turn it On/Off or to change the fan speed.

As seen in the images, there is no protection around the fan blades. Although, its video demonstration shows that if somehow your fingers get in contact with the rotating blades, they won’t harm.  But still, to be on the safer side, keep the desktop fan away from kids to prevent any mishaps.

Japan-based renowned video game company SEGA gave some of these USB-powered BB-8 droid desk fans as prizes in its Japanese game center’s last year. But if you want to purchase one, you can pre-order one now at NCSX for $26.90 USD, and it should be delivered by June 2017.