By DattatreyaNovember 11, 2013No Comments2 Mins Read 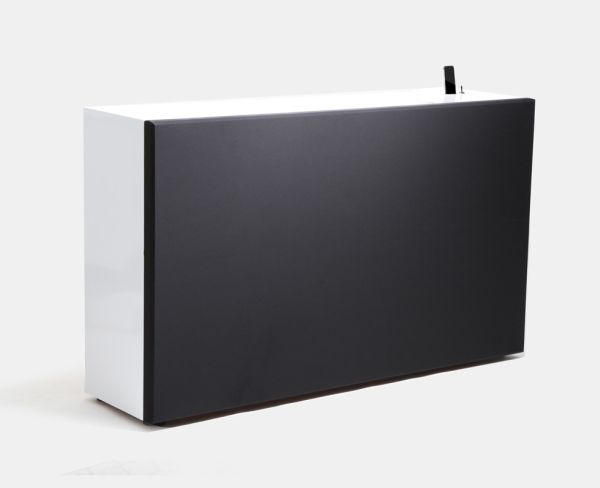 Bigger than the previously biggest, and boisterous all the way – it is time for the Wall of Sound 2.0. Its predecessor boasted of the epithet of being the world’s largest iPhone speaker. And, now the sobriquet has rightly passed on to its successor which exhibits an even more robust speaker mechanism, and also might be the single most powerful speaker available commercially. So, what exactly are the standout improvements in the new version? Well, it entails an assortment of newer technologies, 44 speaker elements (up from 28), four massive sub woofers and a total power of 8,000 watts.

One of those newer attributes of the Wall of Sound 2.0 is interestingly its built-in safety feature. Given the scope and the hefty characteristics of the contraption, it is assumed that you like to hear your music loud. However, the Wall of Sound effectively limits this scale of loudness so as to avoid any potential risk of hearing loss. And, it does so in a pretty cool way by incorporating an indicative mechanism in the form of a ‘monkey head’. So, when you play your music in normal volume (which is comparatively loud), the monkey exhibits blue eyes; and when you crank up the volume a bit, the eyes turn golden. If you increase the volume even beyond that level, the monkey eyes turn red and finally pop out after five minutes and stops the music. The music can then only be played after the monkey head is again hooked up with the speaker.

Other features include Bluetooth connection, a new docking system, an improved tube amplifier and an iOS app for controlling the Wall of Sound 2.0. And, in the midst of all these booming aspects, one quality stands out from the rest – the entire speaker system is a flourishing piece of handmade art. This is quite evident from its simple form factor draped in elegant hues and minimalist facades.