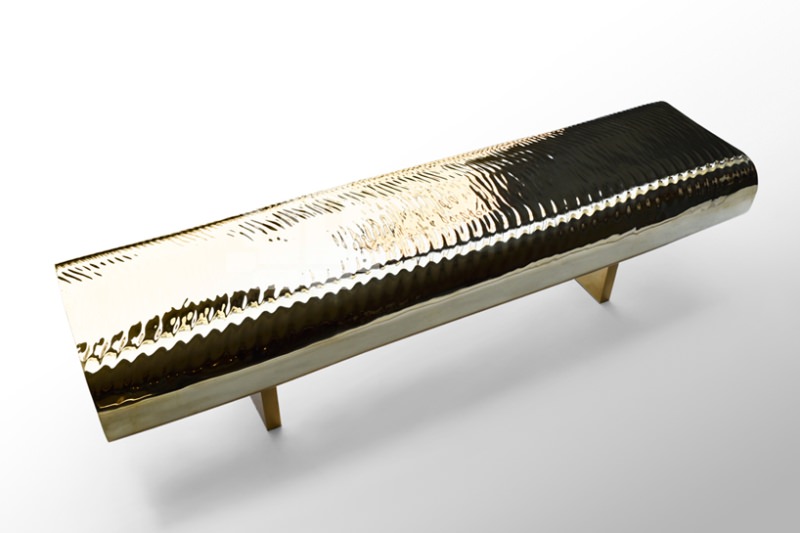 Japan-based prolific designer Tokujin Yoshioka has created a unique bench that beautifully mimics the effect of water. Dubbed as Water Block, the bench made from brass gives an impression of water ripples preserved at the top of the bench.

A latest version of Yoshioka’s original work that was made of glass, The Glass Bench is permanently positioned at the Impressionist gallery at the Musée d’Orsay in Paris. The original Water Block bench creatively captures the movement and shape of solid water when the glass solidifies and leaves a beautiful ripples on the surface.

However, to create bench using brass, the designer has used a casting technique that was used to make a traditional Buddha statue in Japan. Using the same technology, brass is first melted in a 1100-degree Celsius furnace and poured into a sand mold. Later the bench is crafted by highly experienced artisans to achieve a gleaming gold exterior.

Exhibited in a private ceremony at the Golden Pavilion Temple – Kinkaku-ji in Kyoto, the bench draws its inspiration from the second and third floor of the temple, which is covered in gold foil.