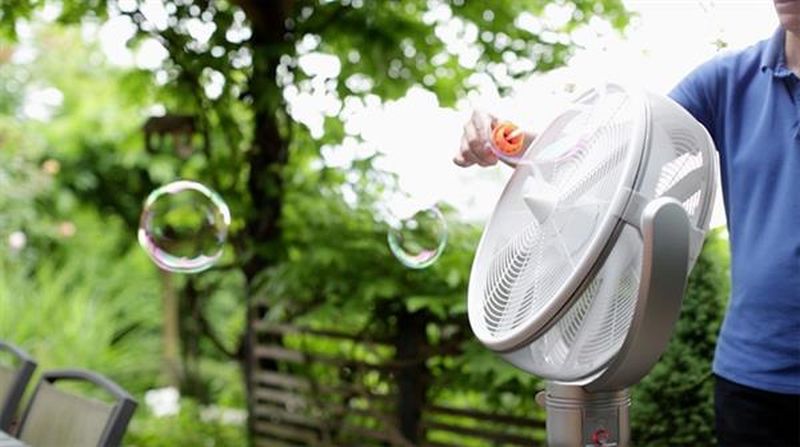 Fed up of the noisy machinery used in your ceiling or stand fan? French designer Stéphane Thirouin has developed a powerful yet silent solution in form of a 3D printed indoor fan, Williwaw. Designed with the help of 3D printing technology, the functional nine-blade fan has been largely inspired by aeronautics.

The fan’s brushless, electrically-controlled motor is both more powerful and more silent than most of the fans available on the market. To be precise, the Williwaw’s sound only measures 50dBA per 2000 liters of air brewed, which was measured at a two-meter distance. The fan’s swing angle can be adjusted from 20 to 270 degrees. This means you can choose whether you want a whole room or just a specific section to be ventilated.

Head of the fan can be rotated to face upwards, so that rather than blowing air around the room, it works as a sort of ceiling fan while creating a slow convection airflow. This feature makes it useful throughout the year, as it can cool you down in the summer and provide appropriate heat flow in colder months. Another good thing about the fan is that it’s energy-efficient – it consumes energy no more than 45 watts, even at full power.

Through the Kickstarter campaign, you can get your hands on this innovative indoor fan for the starting price of €350 (approx. $390), for either a 220/240 V or 100/127 V fan. If the campaign reaches its goal of €1 million, backers may expect their shipment by June 2017. Initially, the products will ship only in Europe.