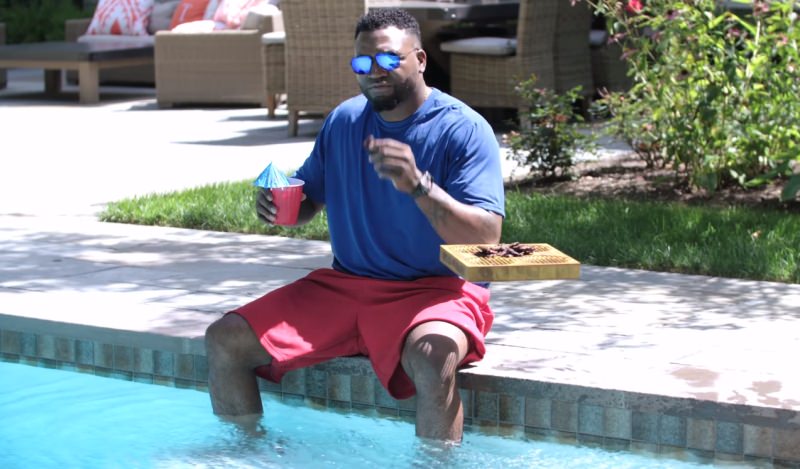 Are you a big time jerky gobbler who loves to munch on packets of the lean meat without ever stopping? David Ortiz or should I say Big Papi is a big time jerky fan is seen in this commercial, swearing by a flying tray which keeps his favorite snack well within arm’s reach. The star baseball player teamed-up with Chef’s Cut to create a snack tray dubbed JerkyBot which autonomously flies in close proximity to the player with his favorite jerky on it.

You guessed it right, the guts of this flying tray hide a drone which has four propellers for all the action. It is programmed to be at a specific distance from the Big Papi as he goes on about his other chores at home. The man behind designing the drone disguised as the flying tray is Andy Shen who removed the camera and other unnecessary hardware to make space for just the propellers and powering unit.

Unfortunately, this is just an advertising campaign, and you won’t be able to get your hands on this flying snack tray anytime soon. That said, DIY’ers can modify their drone into this tray, and make one for themselves to eat any kind of snacks/food in style.