By SunilChandelDecember 6, 2013No Comments2 Mins Read 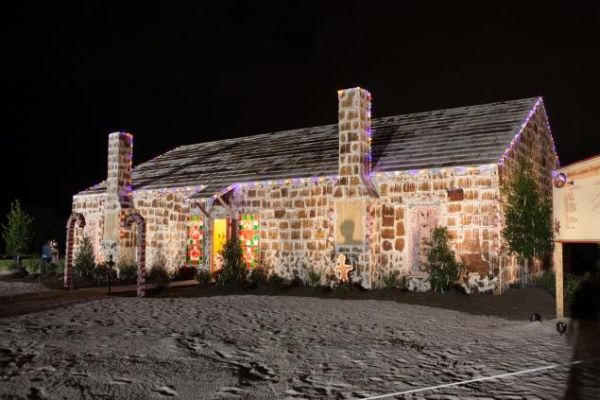 This amazing home built on the Traditions Club grounds packs about 35 million calories and measures 60 feet by 42 feet rising up to a highest point of 20.11 feet. The project was undertaken by the Texas A&M Traditions Club in Bryan, Texas to benefit the St. Joseph’s Level II Trauma Center. The club members had a huge challenge in front of them while building the structure because to enter the record books as the world’s largest gingerbread house, the entire structure had to be edible on the outside.

The house has raised $150,000 in less than a week and has attracted about 600 people per night. The visiting fee to the world’s largest ginger house is $2 for children and $3 for adults. The house will be up until December 14.

Related Posts
STRATO Combines Cat Bed, Cat House, and Cat Cave in one Superior Wooden Design
By Atish SharmaJune 6, 2022
By Harnessing Sun’s Energy, this Indian Physiotherapist is Healing the Earth
By Priya ChauhanJuly 23, 2019
Apple Dominated Smart Home Space at CES 2019 Despite Being a No Show in Vegas
By BharatJanuary 12, 2019
Homecrux Wishes You a Merry Christmas
By Monika ThakurDecember 25, 2018
Leave A Reply Cancel Reply