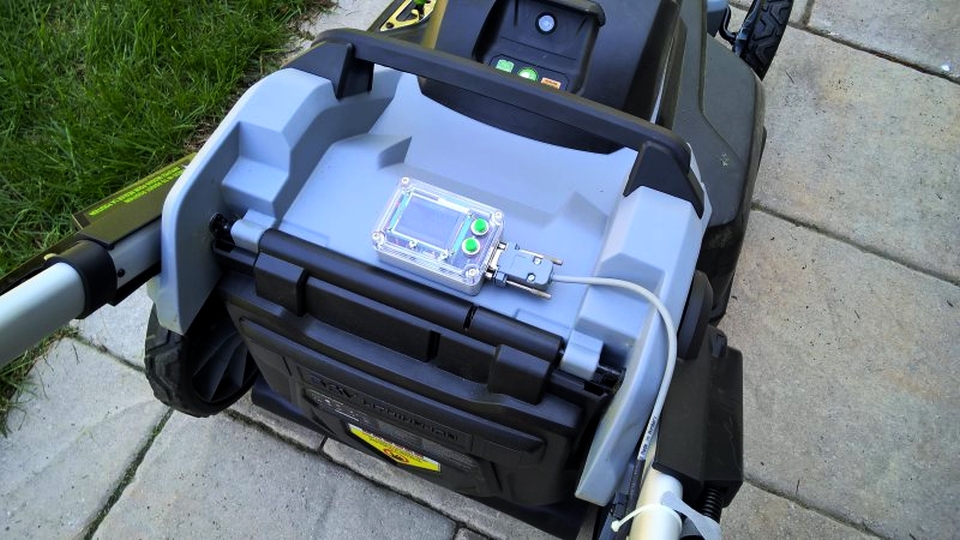 There are various IOT (Internet of Things) devices to do all your household chores at single push of a button. But a lawnmower remained untouched from this technology, until now. Hackaday blogger and electronic engineer [Michel] has recently bought lawnmower by EGO, and turned it into a smart ‘Internet of Things’ device for routine mowing.

This particular mower runs on 56V lithium ion battery pack, but the designer decided to link its 64MHz PIC18F25K22 to ESP8266 (tiny Wi-Fi module controlled via serial port and costs only $5) and further connected this chip to the internet. Apart from that, [Michel] has also installed non-invasive sensors into the device for collecting its processing and working data.

Due to these sensors, one can easily detect how much hours the mower took to cut the grass, time you were out there in lawn and even counts wheel revolutions. Another good thing about this hi-end mower is that it also provides you option to tweet your entire day’s statistics on a social networking site. This means you can share with your friends how much effort you put in the whole day. Sounds fun, right? Spare a thought about this coolest internet-enabled lawnmower, we’ve seen so far.